Reaching into the future…

In his second letter to his disciple, Timothy, Paul wrote: “…what you have heard from me…entrust to faithful brethren who will be able to teach others also.” Like our Lord Who fully anticipated the continuation of what He had begun to do and teach through the medium of His trained disciple makers, Paul fully expected an apostolic succession in respect of what he had passed on to his protege.

Indeed, if we do not pass on what we have learned to others who are able to train others also, our life work will end with us. Unfortunately many have not learned this basic Gospel lesson of training to train…and so it is no surprise to see the church in decline in spite of the frantic busyness of the clergy. What has been received must be passed on if we are to survive. 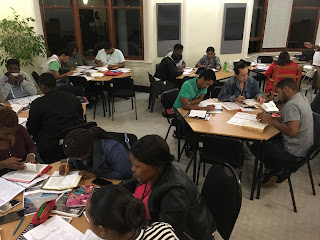 This past weekend, Louise and I had the privilege of passing on what we have received to those who are, in many ways, our future. 30 Youth Leaders from the Diocese of Cape Town met together to be trained in Strategy. There are so many other things they could have been doing on Friday evening and on Saturday and yet they came. 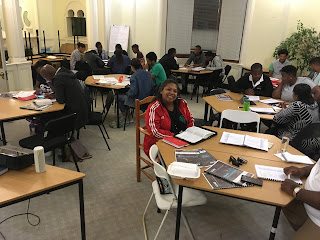 As always Louise and I pray before, during, and after such training sessions, basically to ask that the Lord, who knows all hearts and desires and secrets, give us the words to say what the unique group needs to hear. As such, even though the material remains the same, the manner in which we present it, the stories we include, and the timing of each segment differs each time. This time we found that family matters, the role of parents, praying for your spouse to be, peer pressure, among other things often came up in our discussions. 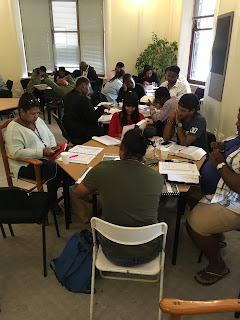 At one point, we spoke about the Early Church being accused of ‘turning the world upside down’ and it soon became apparent that our group’s desire was to have that same “accusation” levelled against them! May the Lord bless them and prevent that flame from being snuffed out!

A few came up to us at the end and asked when we would be available to help them train others in their parishes…how exciting! Pray for these young people, dearest brethren…pray that nothing stops them from growing into a mighty movement for Jesus!