First, this was the view from my hotel room on the 31st floor.  The large dome towards the back is a mosque: 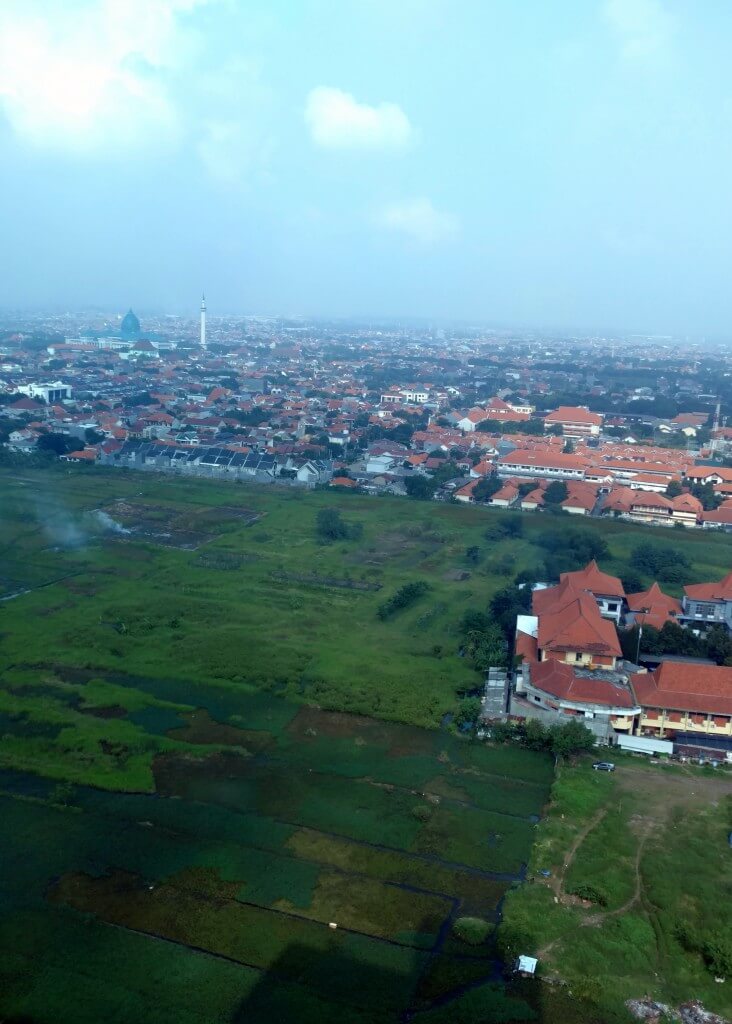 Apparently a visit to Surabaya has to include a visit to the Sinjay duck restaurant on Madura Island.  In order to get there, you have to cross on the longest bridge in Indonesia, which is 5.4 kilometers long, or just over three miles. 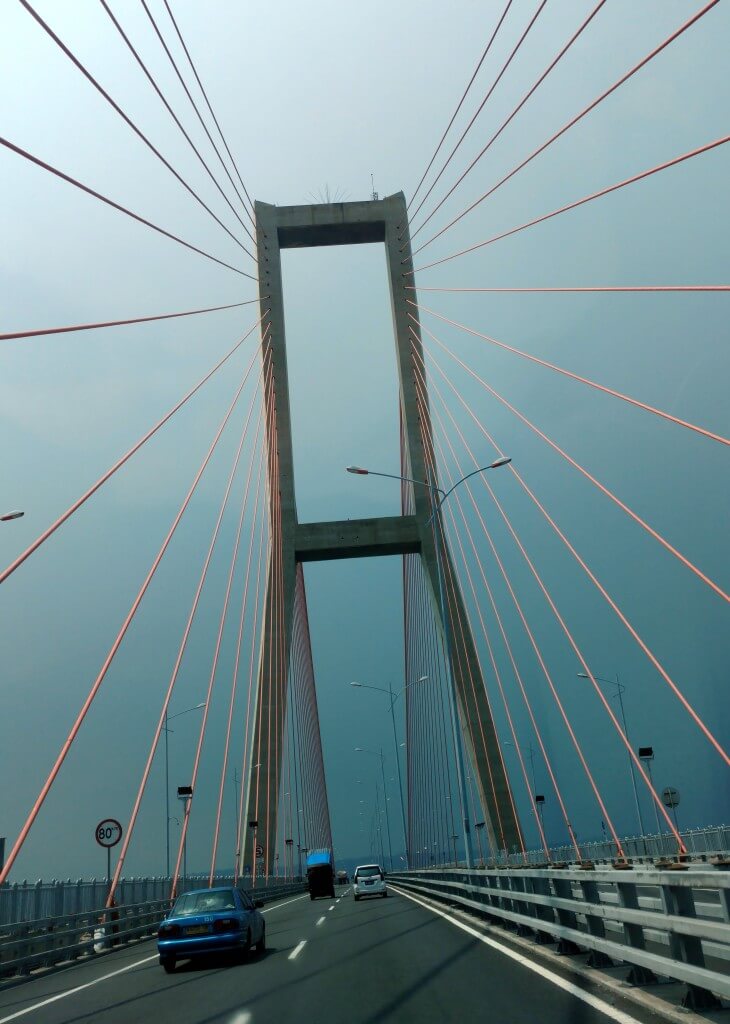 Madura Island is a fairly large island and is one of the strongest centers for Islam in the country apart from Aceh Province on the island of Sumatra, which operates under sharia law.  Sinjay’s menu is basically limited to fried duck and rice.  The restaurant has been so successful they are opening up another branch in Surabaya itself.  The guests sit at long tables, order from one counter then pick up the order from a second counter. 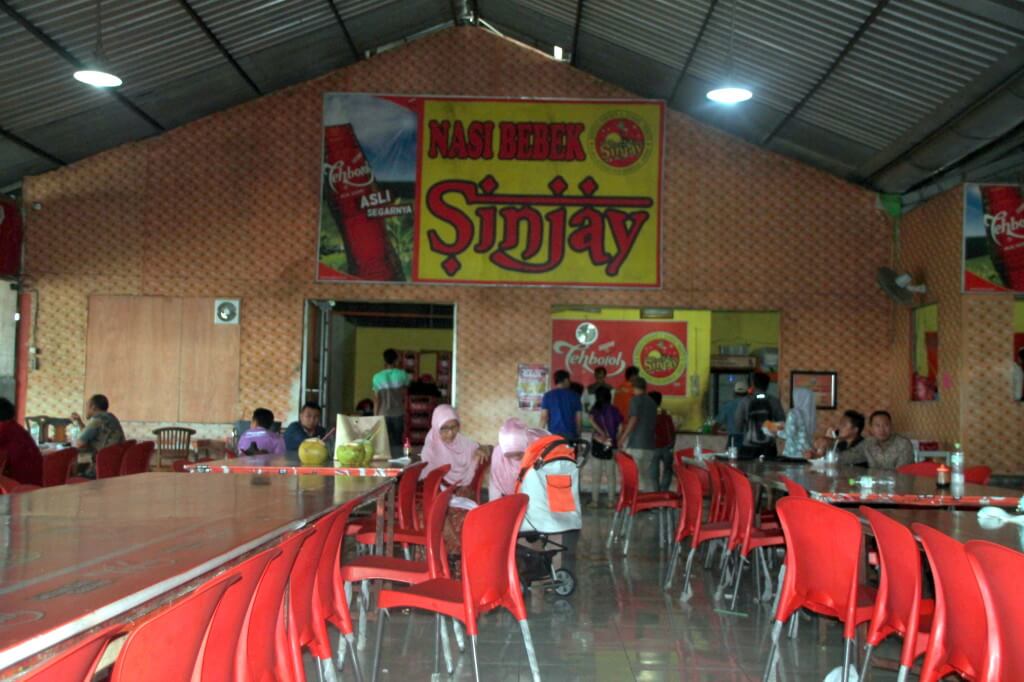 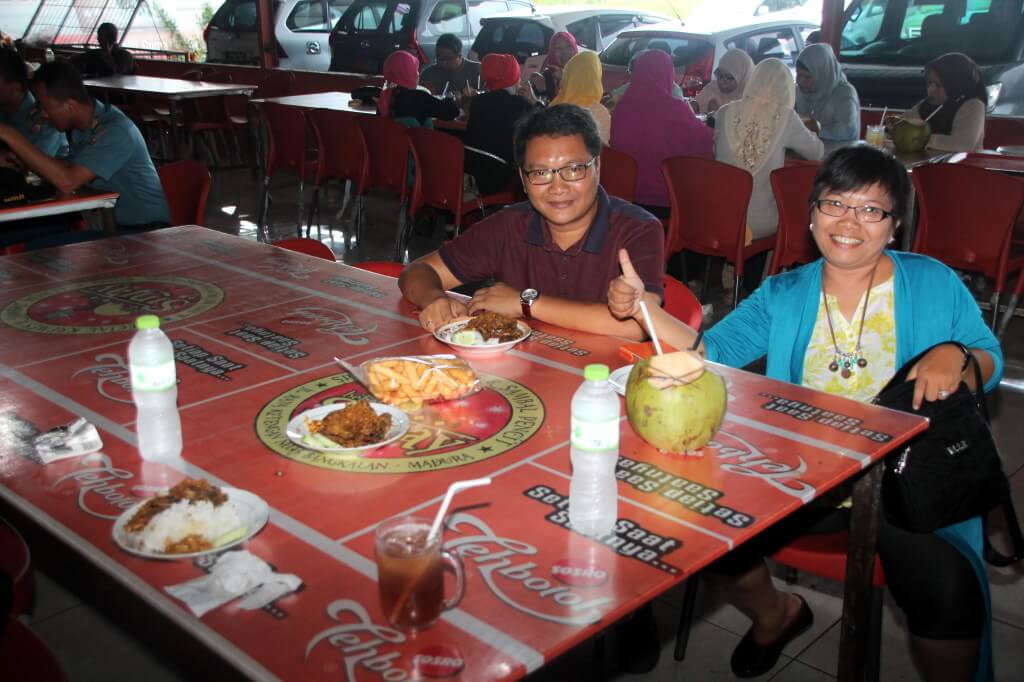 Behind the restaurant was a large rice plantation.  The rice had reached maturity and was being harvested by workers out in the field. 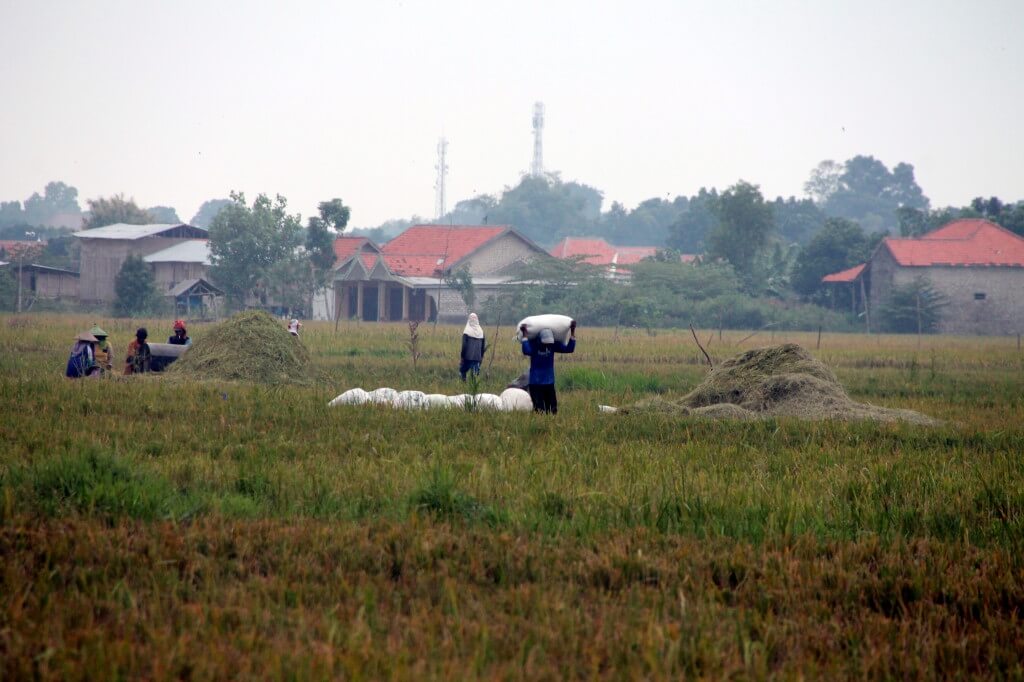 Here is the rice close up: 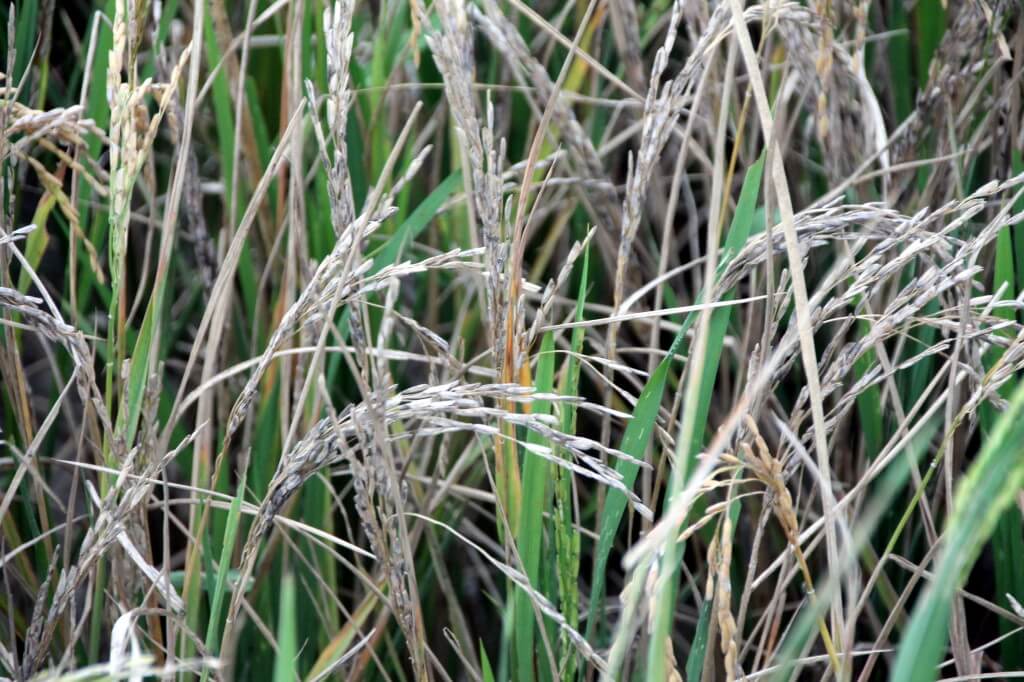 And finally, a beautiful dragonfly on a rice stalk: 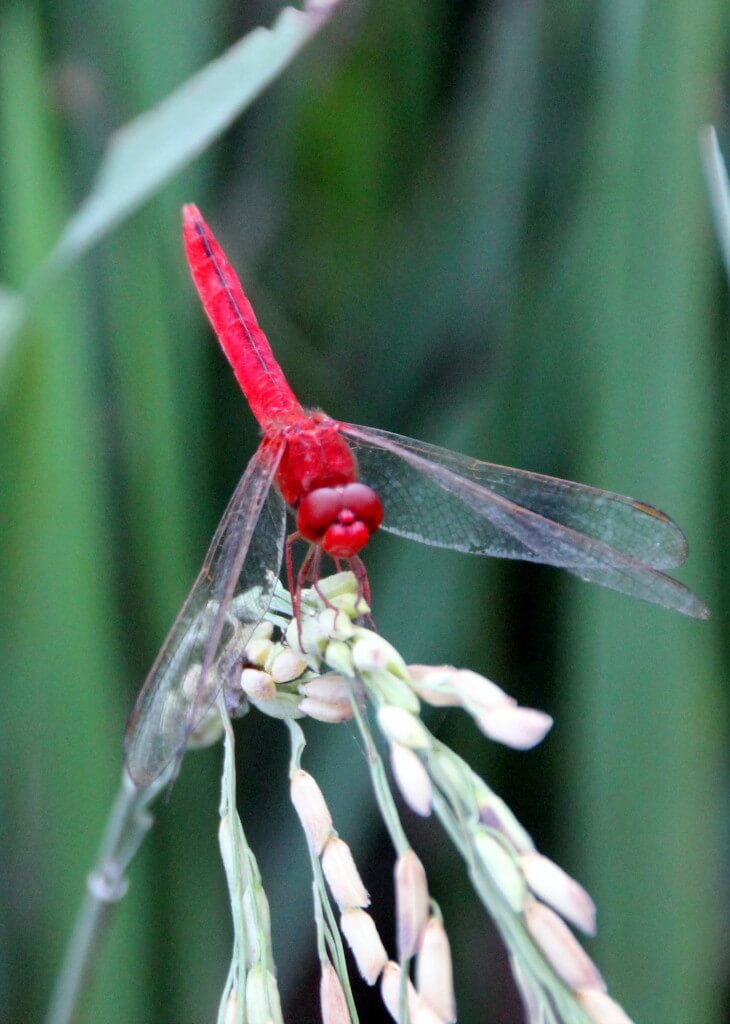 Returning to Surabaya, we stopped off at a church that had once been an Anglican parish.  During Japanese occupation, there was no activity there, and after the war–if I am remembering the sequence correctly–it was taken over by a Chinese congregation.  The Diocese of Singapore and the Indonesian Deanery are still the owners of the property, but the Chinese congregation added a second building for offices and Sunday School classrooms behind the original church.

The church’s interior.  There is actually a stained glass window that is behind the wall with the cross on it: 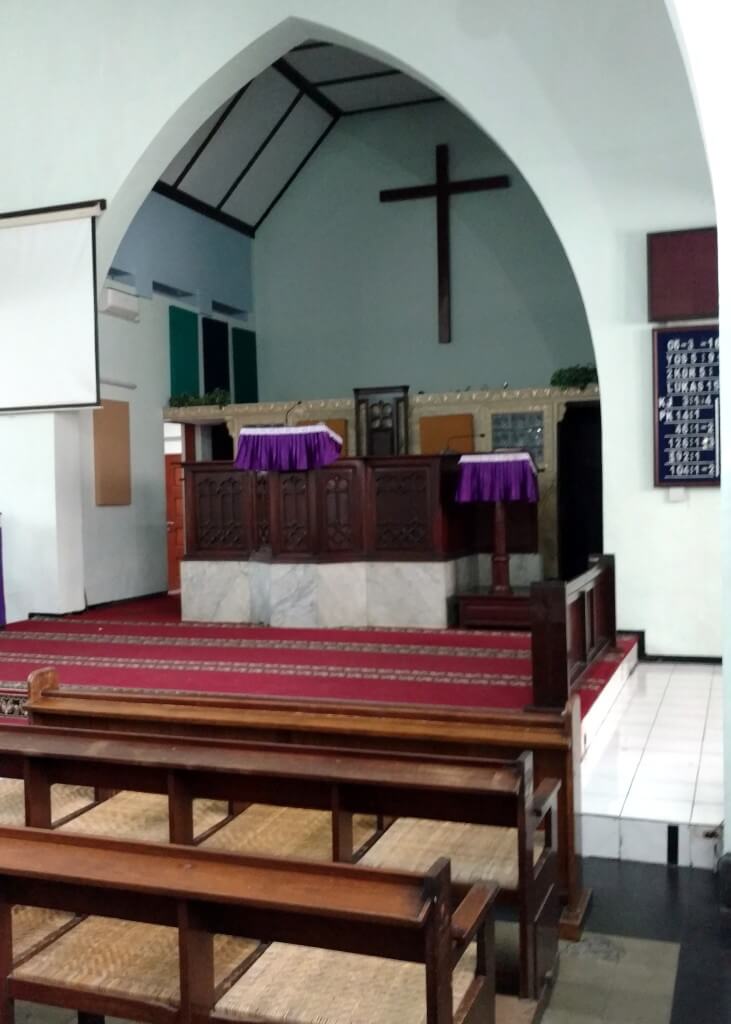 A memorial plaque from the Anglican congregation: 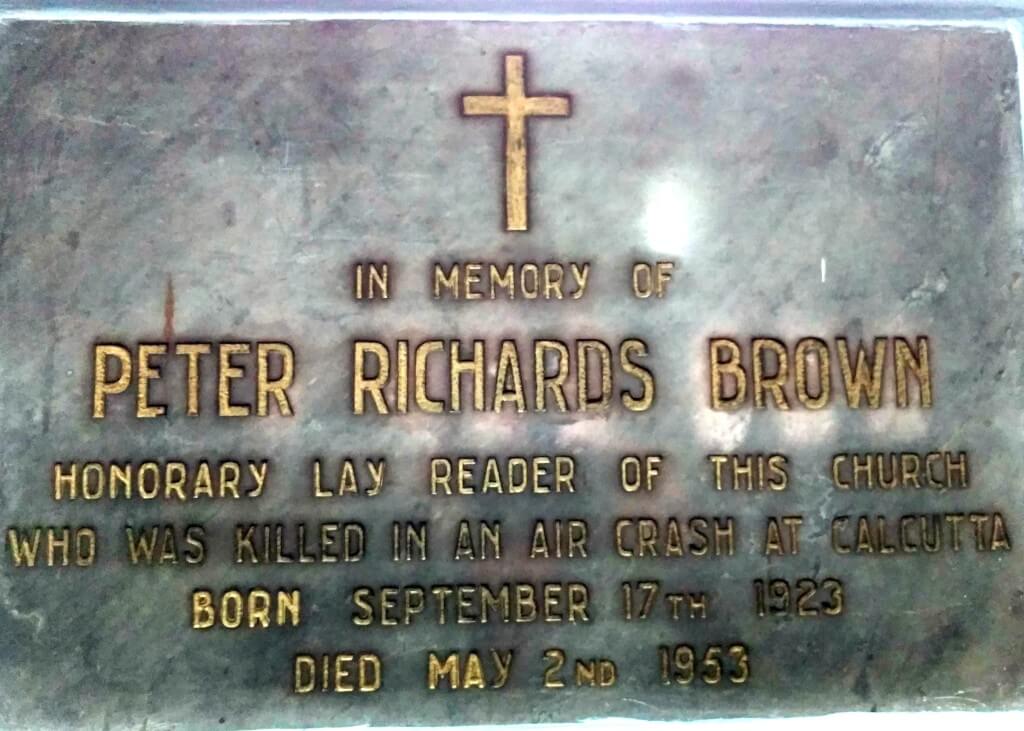 We met the church’s administrator in his office just to introduce ourselves.  As we went to the office, we passed by the musical instruments they use in worship: 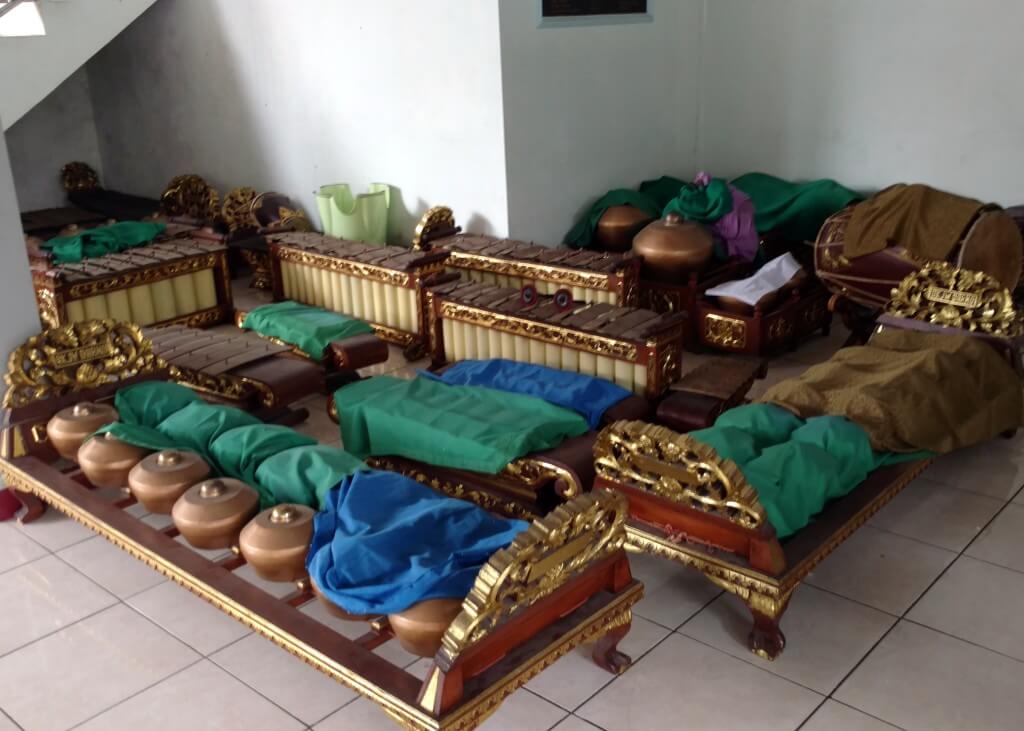 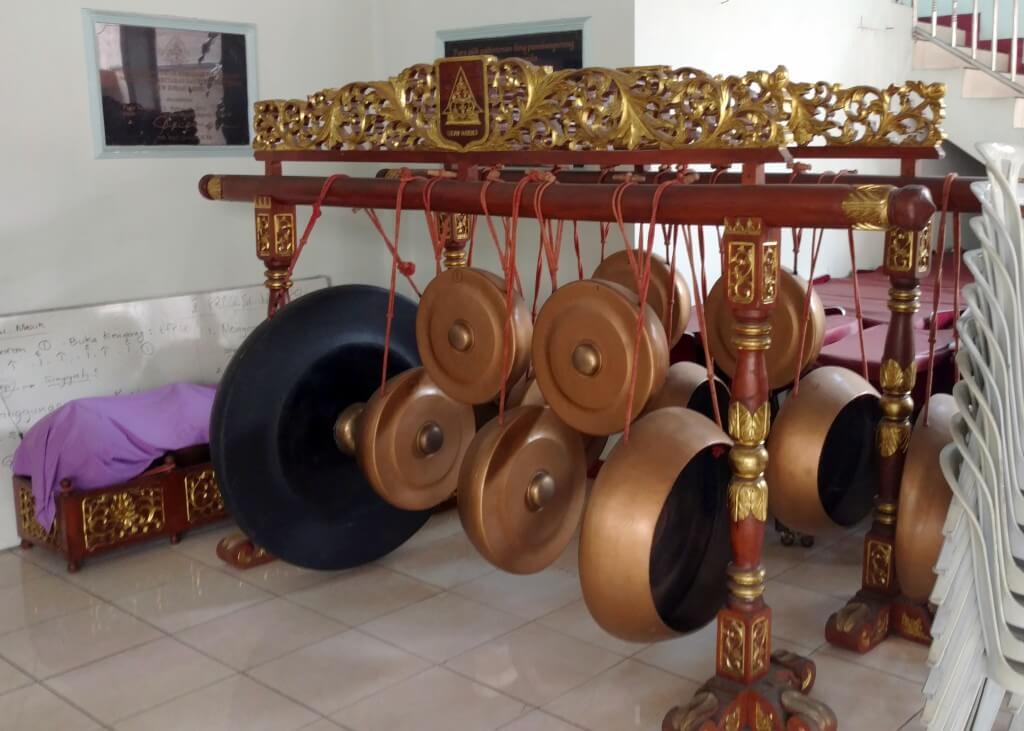 And finally, on the way to the airport and the flight to Kupang, West Timor, we passed by a statue commemorating the mythical origins of the city.  There is a legend that says a shark, “sura,”  fought a crocodile, “baya,”  for control of the area.  The shark ended up with the sea and water, and the crocodile ended up with the land: 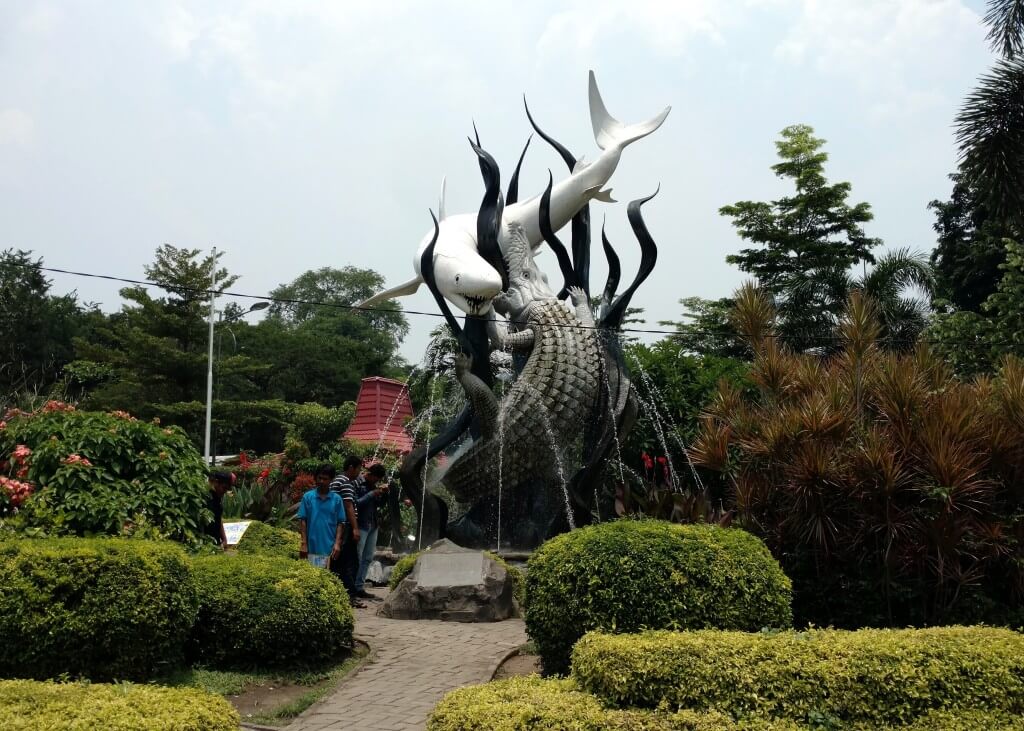 As Henok and Kamty left me at the airport, it was hard to believe that our time together was coming to an end.  I am especially grateful and thankful for all that they did–and especially for the opportunity for them to show me East Java–where they both are from.  I learned a lot from them and therefore have a better understanding of the variety of Indonesian cultures.