The next morning after the long drive to Surabaya, we left for the city of Lawang.   Henok had arranged for us to meet with the Principal and the Faculty of Aletheia Theological Institute, a seminary that is run by the Chinese Reformed Church.  On the way, we stopped to see the “mud volcano”  in Sidoarjo.  This is the largest eruption of thermal mud in the world, which started in 2006 and it still continues to erupt slowly.  Retaining walls have to be built higher and higher as the mud flows.  It is estimated that 150,000 houses and buildings have been lost.

It is fairly slow moving, so there was time to evacuate the residents, from what I understand.  To get to one of the observation points, the challenge was to navigate these stairs: 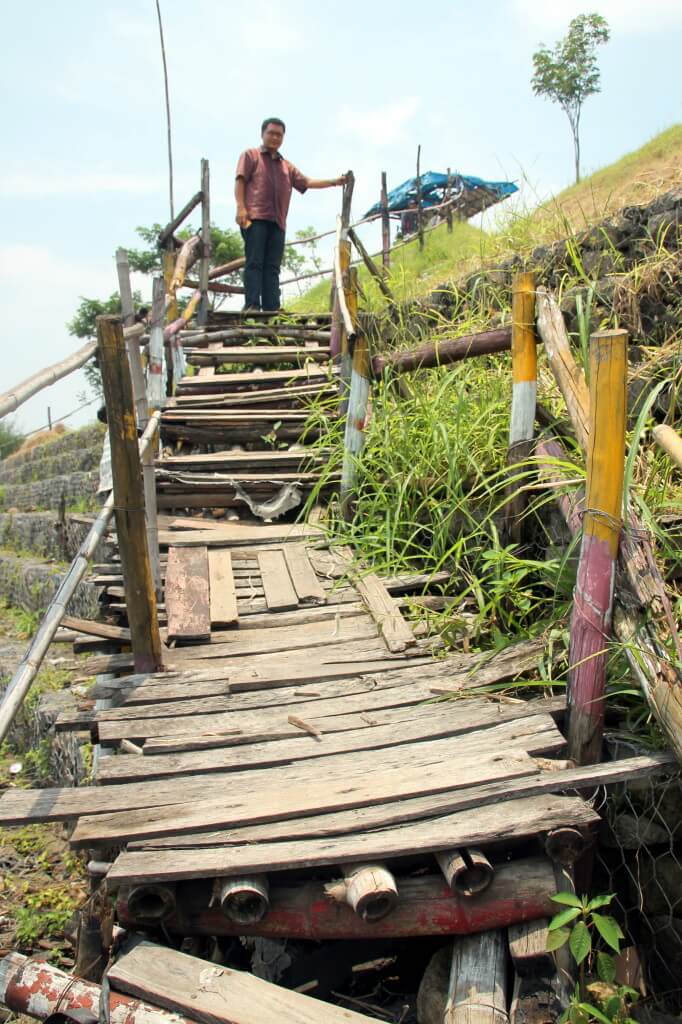 Once up at the top, there was nothing but an immense, flat plain with some steam venting from a couple of locations on the horizon: 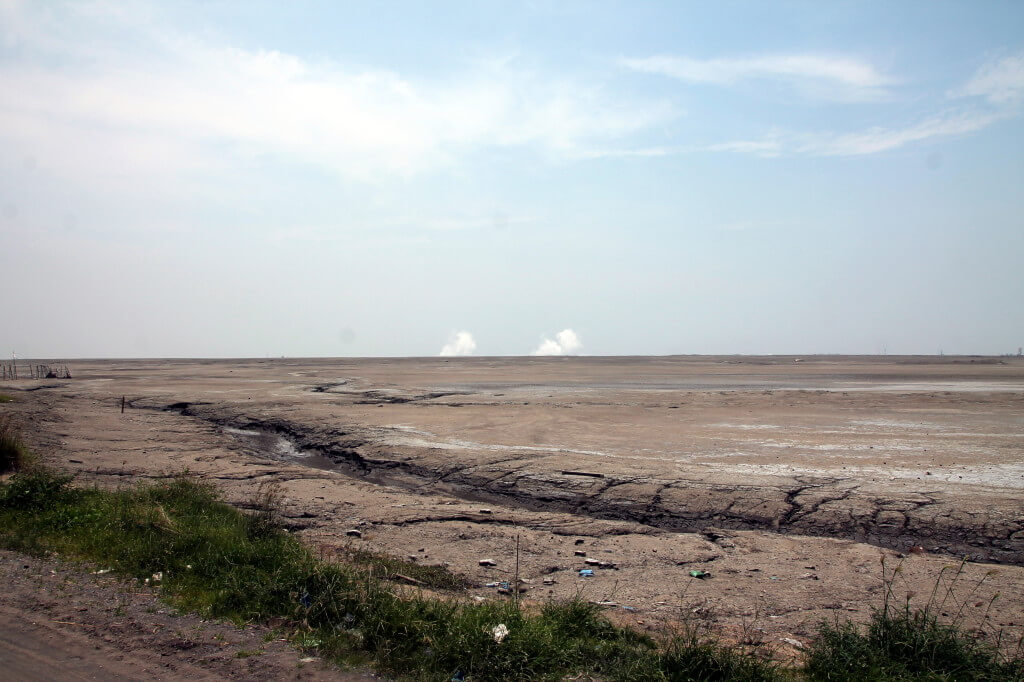 Here is a close-up: 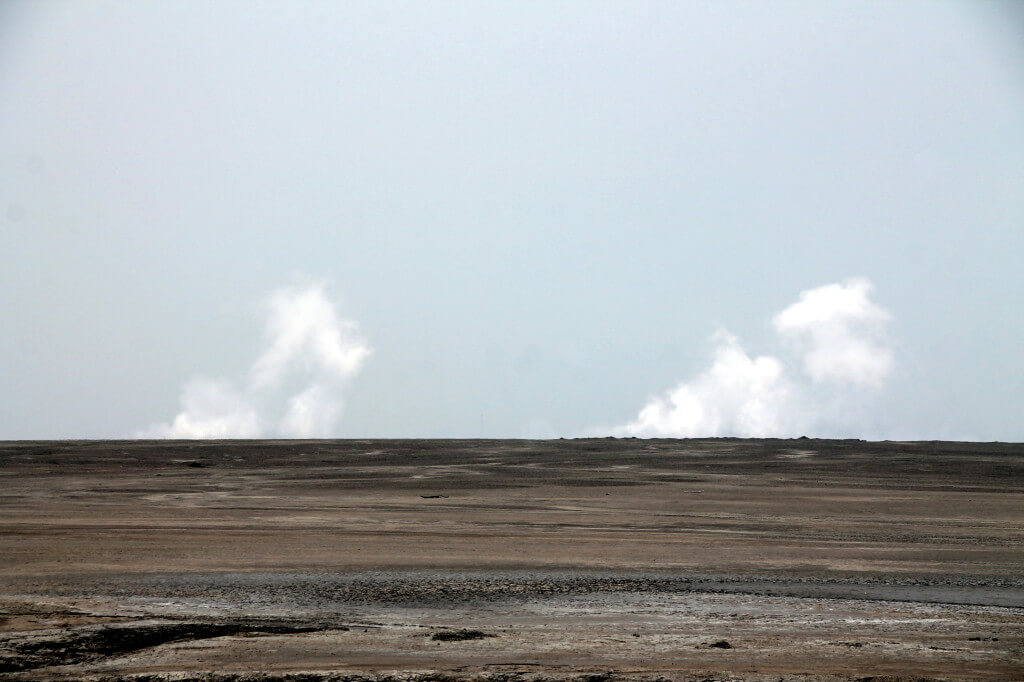 And then the challenge of walking down the stairs: 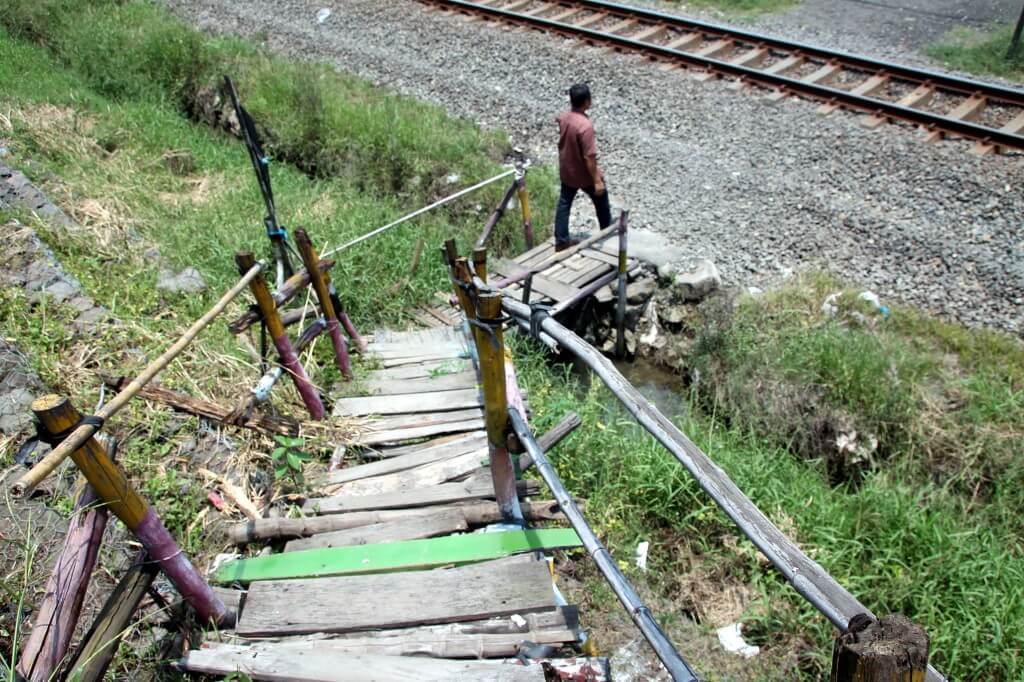 It was then on to Luwang to visit Aletheia Theological Institute, a seminary run by the Chinese Reformed Church.  Aletheia offers both a Bth (Bachelor of Theology) and an Mth.  The Anglican Church in Indonesia had been supplying a faculty member until this year.  We were welcomed with a nice lunch and good collegial conversation. 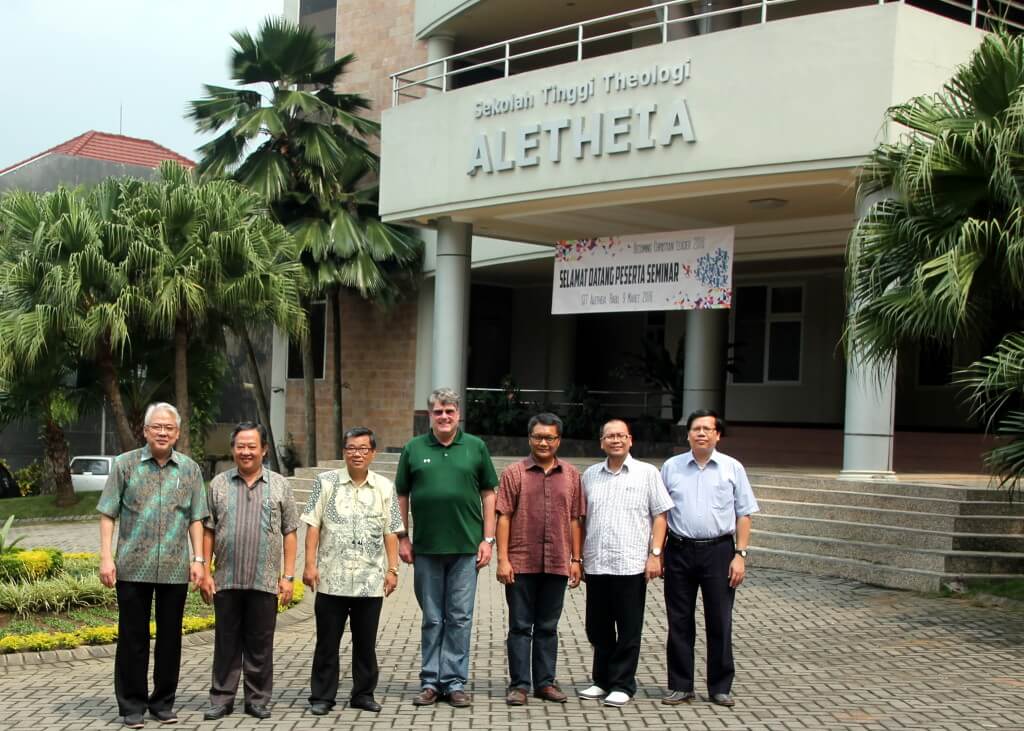 If I had known how people were going to be dressed, I would have worn one of my batik shirts…

There was a special seminar for high school youth going on in their main auditorium/chapel.  The regular students had already finished for the term. 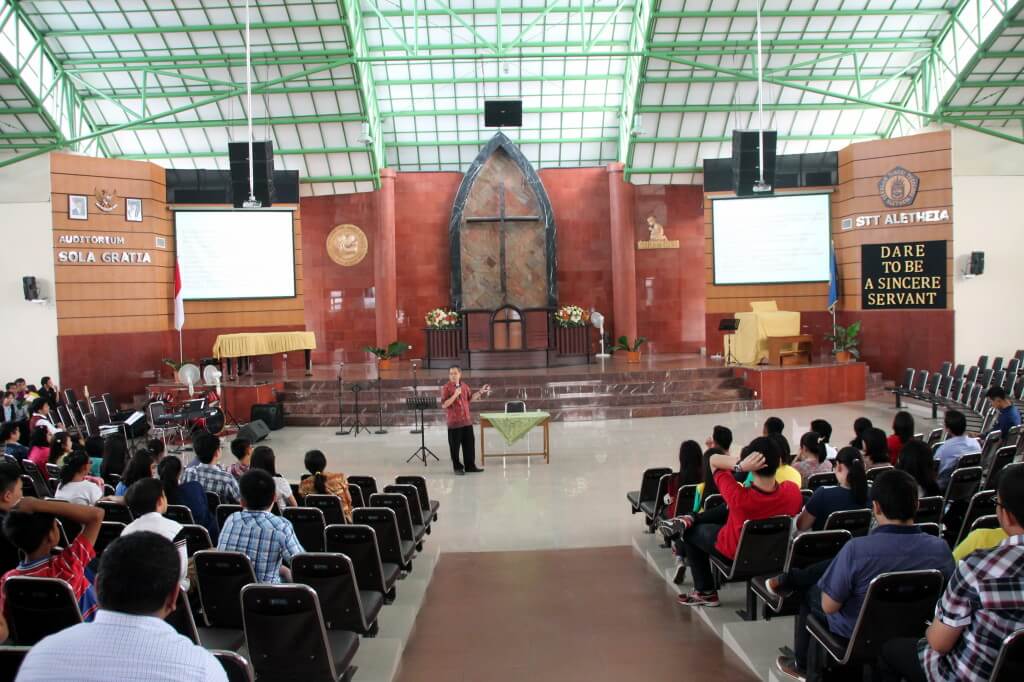 One of the buildings from the outside: 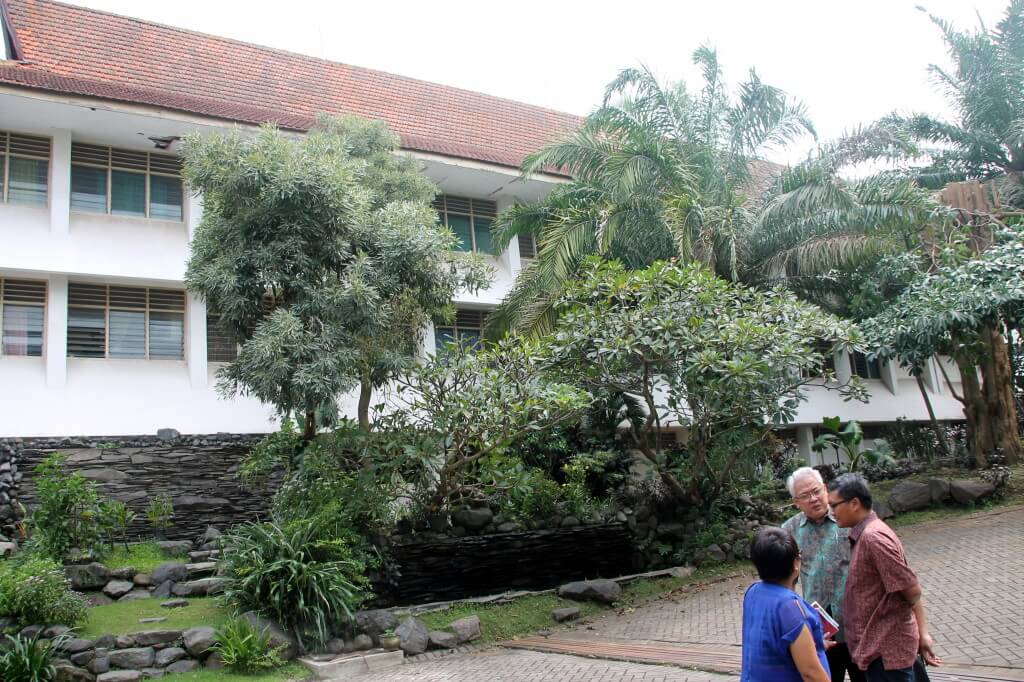 Following our visit to the Institute, we drove towards the mountains, hoping to see some spectacular mountain scenery that includes at least one volcano and rain forest.  Unfortunately, the weather was terrible and the visibility was equally terrible.

The area is known for its rich farmland–most likely attributable in part to the long history of volcanic activity.  Beyond the treeline that you can see partially in the fog is supposed to be a couple of large volcanic mountains.  They have not been recently active. 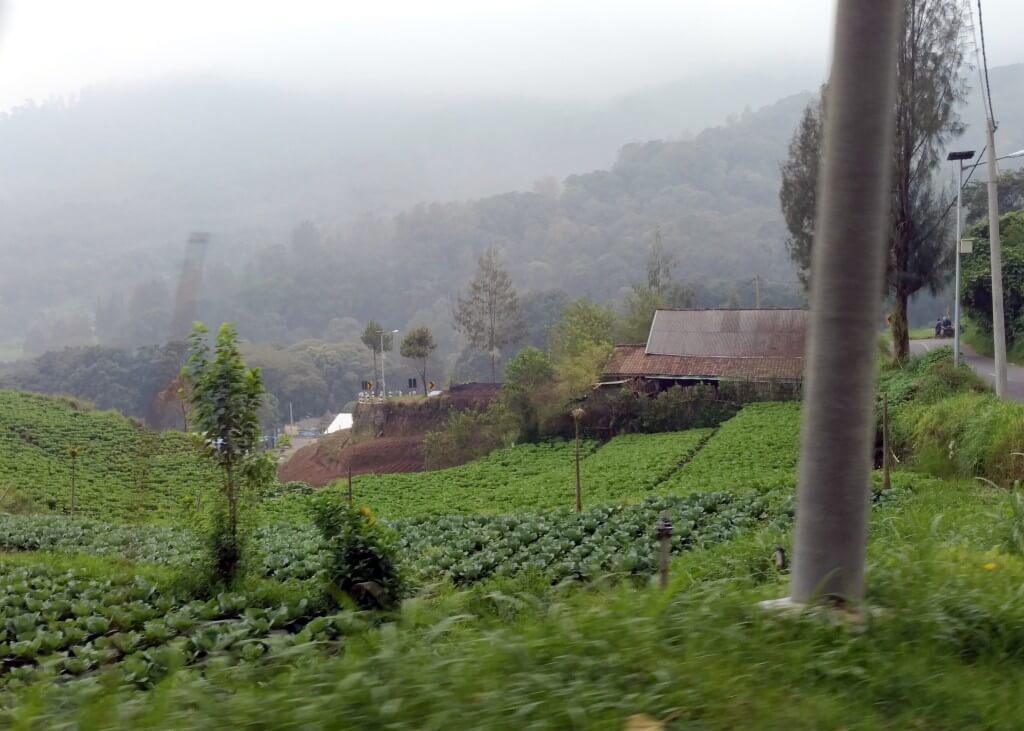 We were able to drive through some tropical forest, which I always find interesting and beautiful–even in the rain: 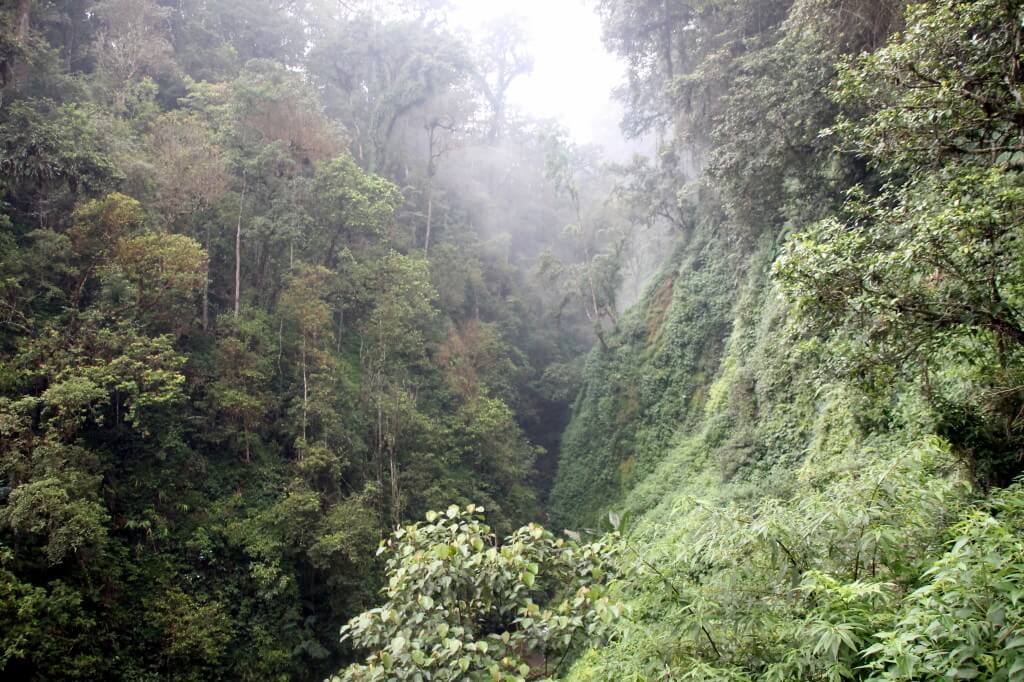 We drove on to a restaurant for an early supper.  If you wished, you could catch your dinner out of one of their fish ponds: 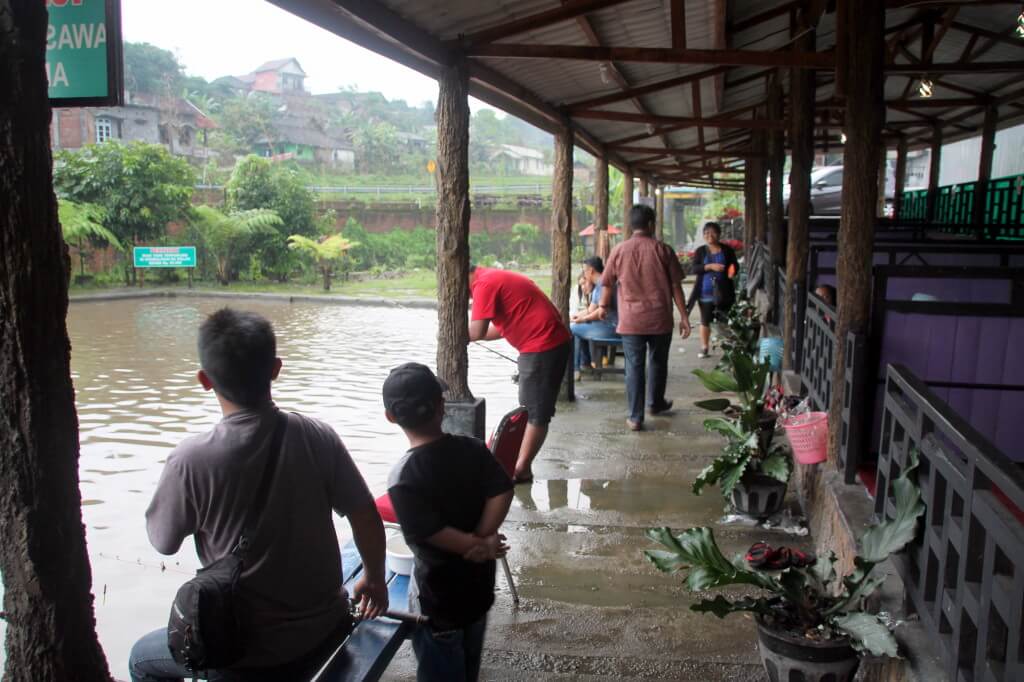 We did not do that, but we did have a nice dinner.  I haven’t shown a picture of Kamty recently. Here she is waiting for our supper to arrive: 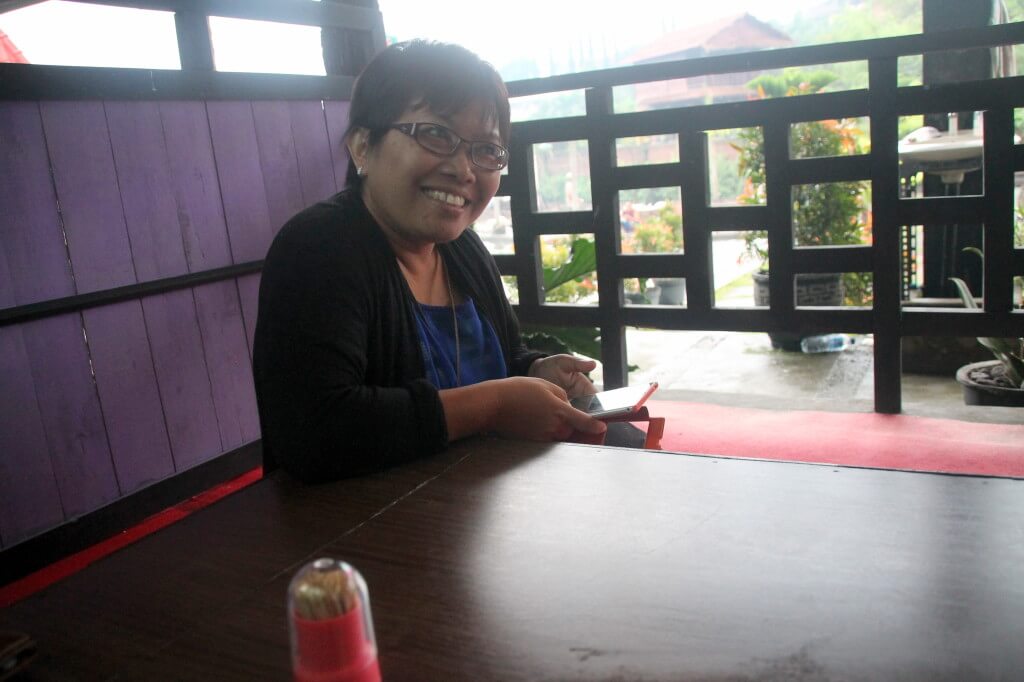 We were sitting Asian-style at a table that was in its own sectioned-off area.  Our shoes remained outside, and we sat on the floor.  The restaurant had its own prayer room (musholah), and it was at one end of the complex.  I saw a number of them near the restrooms at various locations–airports, gas stations, and other restaurants.  I wondered why this was so, but the only reason that I can think of is that before going into a mosque there is some ritual cleansing that takes place.  I never asked whether this was true for the musholahs, too.  The one at the restaurant was being actively used by the guests. 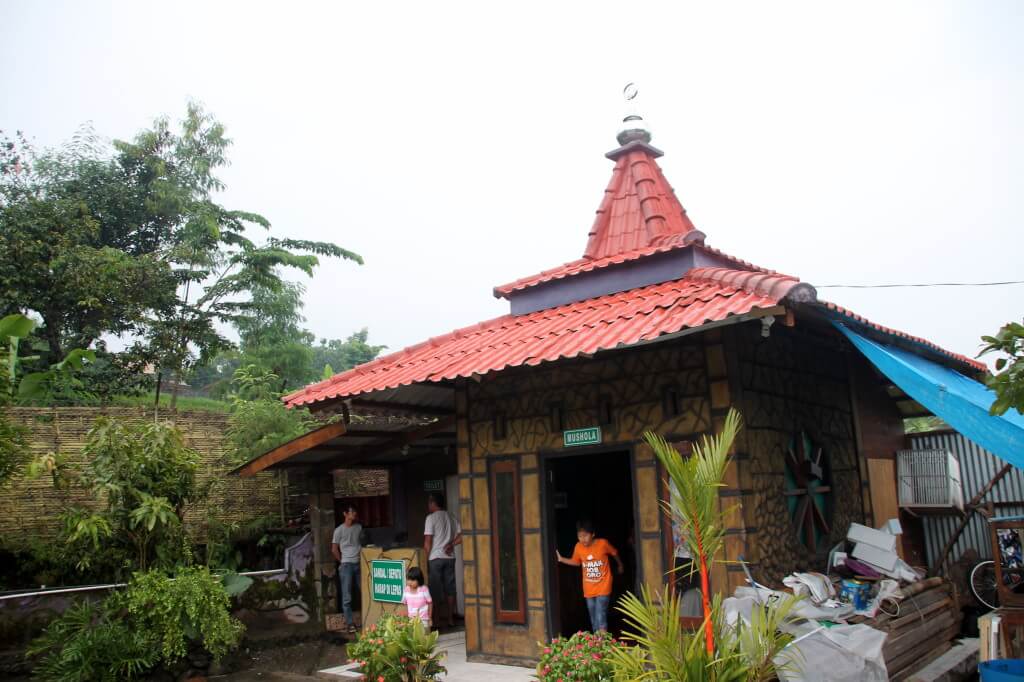 Except for the drive back, our day was pretty well over after we finished our supper.