For our full day in Jogjakarta we left the city and drove to the northwest to the Buddhist temple, Borobudur.  Built in the 9th Century and abandoned in the 14th Century, this World Heritage site is the largest Buddhist temple in the world. 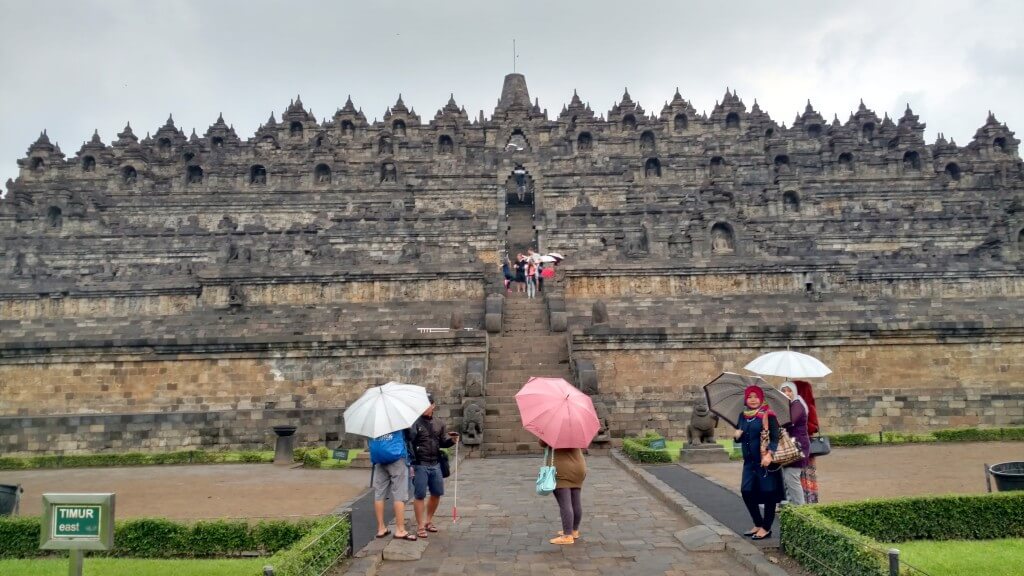 There are over 500 statues of Buddha there.  It was re-discovered in the 19th Century and went through a few restorations. 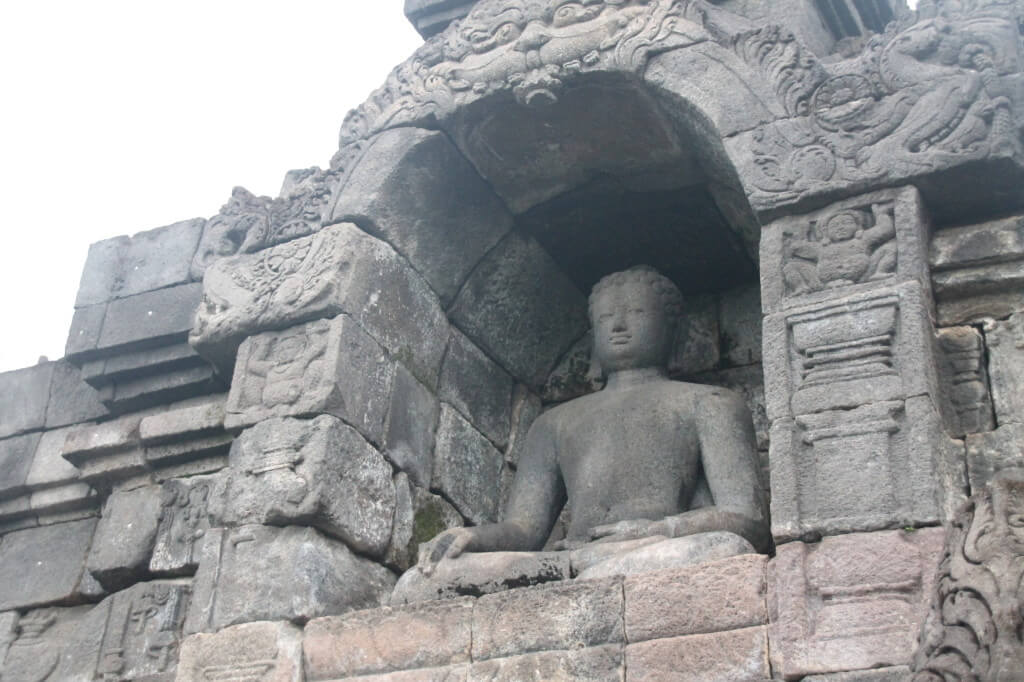 There was a light rain when we first arrived, so the first photos I took were with my mobile phone.  The rain eventually stopped, so I was able to use the better camera.

This is probably the oldest frieze, dating to the initial construction of the temple: 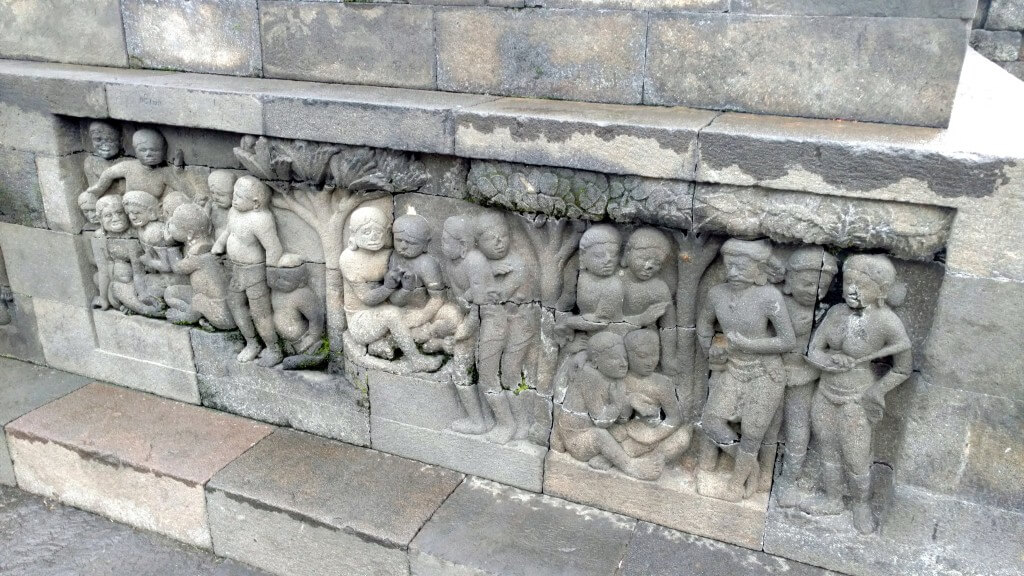 If you are interested in seeing more photos of the temple, they can be found in the  Gallery in the Media section of the web site.

The following day, we spent the morning at a large batik market in the center of town.  Kamty was successful in finding the shirts that she needed for her teachers in Batam. 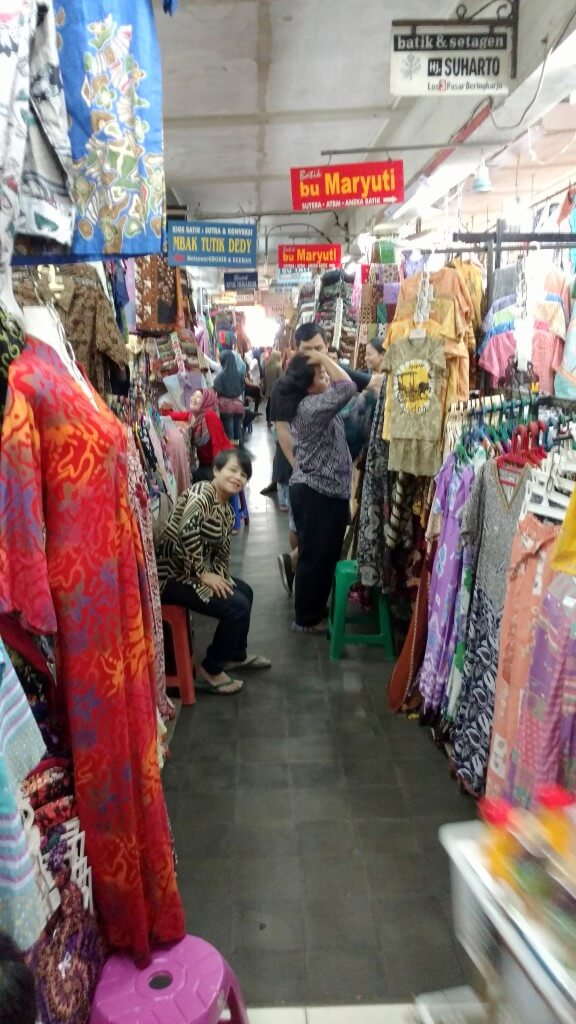 Henok looking for his own shirt:

On the way to Surabaya, we stopped off at a Hindu temple, also built in the 9th Century called Prambanan.  Dedicated to the three gods, Brahma, Shiva, and Vishnu, the site is actually a temple complex with numerous temples of varying sizes. The one dedicated to Shiva is the largest, and is located in the center.  Even though the site is not actively used, there was still evidence of offerings being made in front of several of the statues to the different gods. 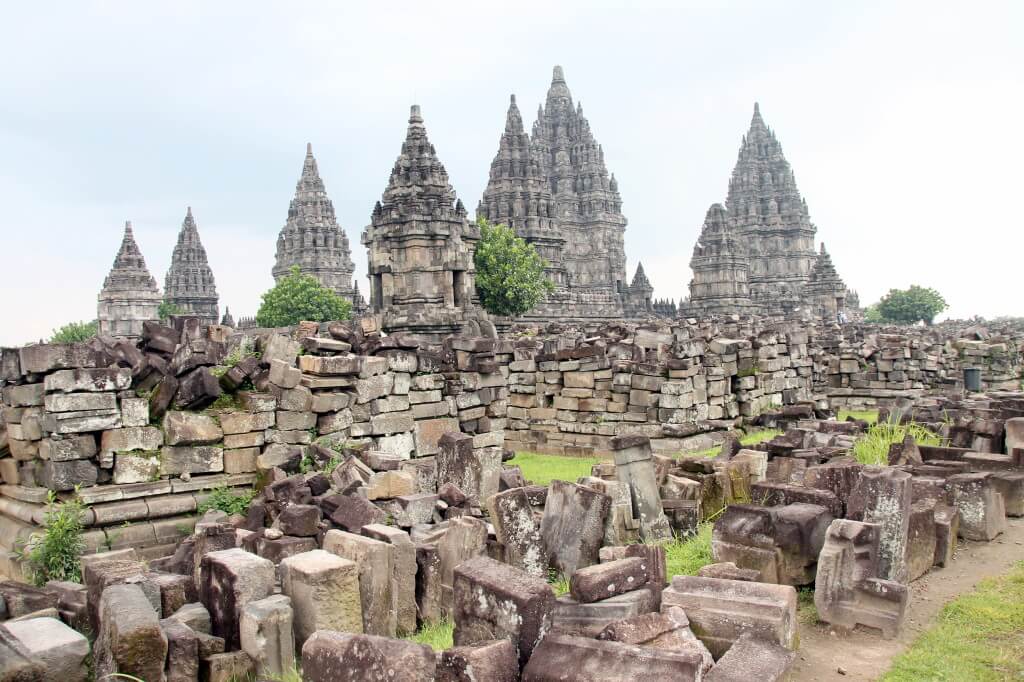 The stone carvings were numerous and well done: 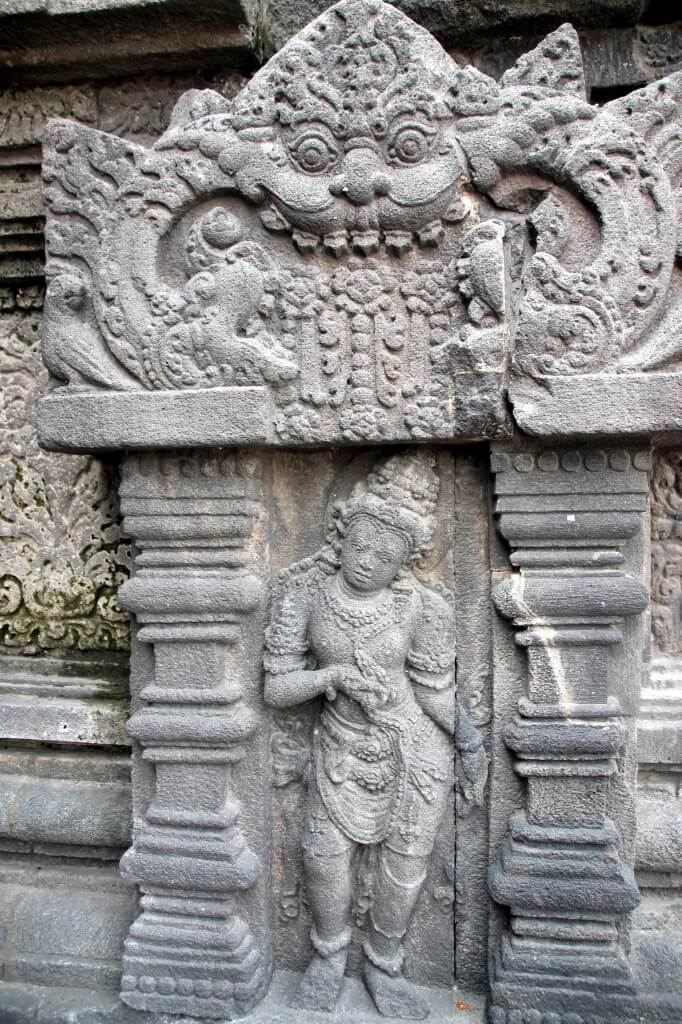 One of the smaller temples: 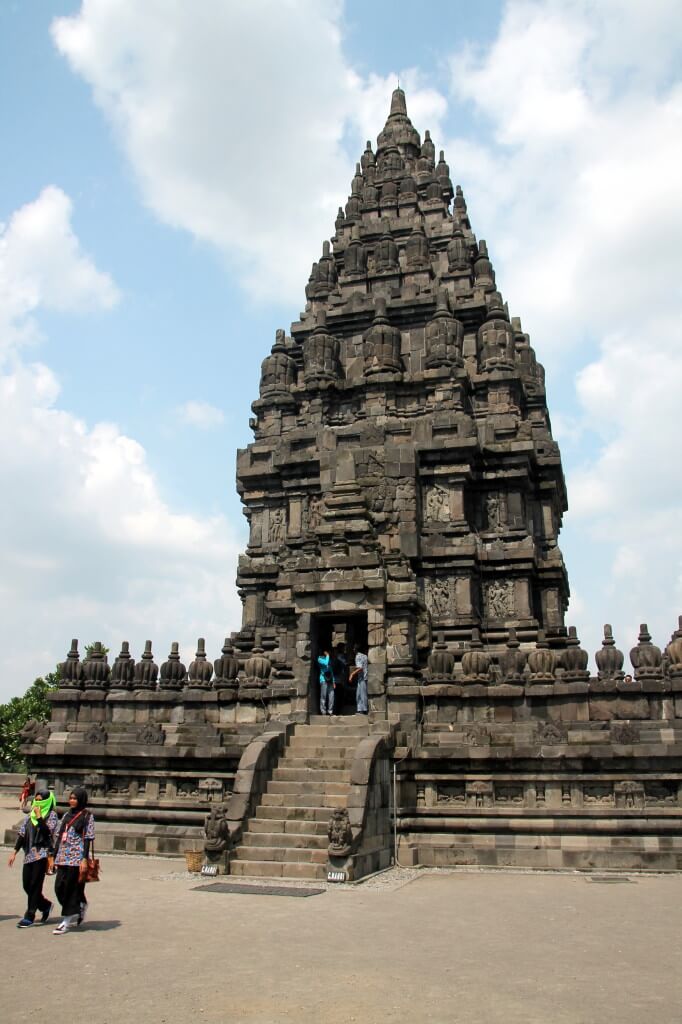 There were several high school groups there, and many of them wanted to have my picture taken with them.  It was a little bit of a “rock star”  moment, which was surprising for this middle-aged American!  I took some photos of them.  This is one of them: 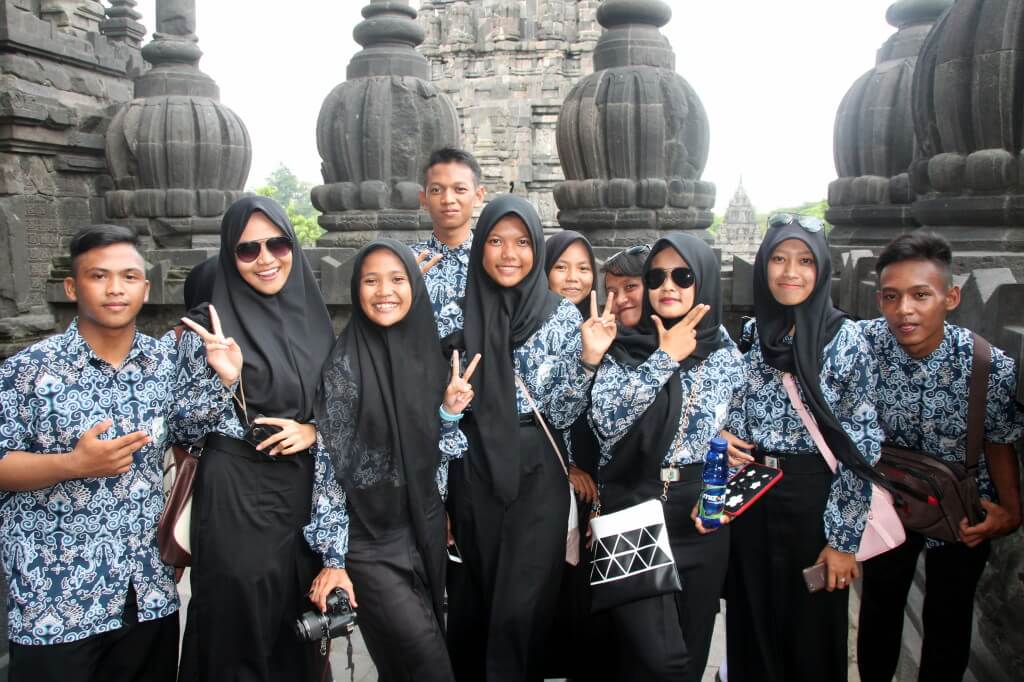 There are more photos in the Gallery, if you are interested in looking at them.

We finished the day by driving until well after midnight to Surabaya–mostly in the rain.  Our driver did en excellent job on the two-lane road that was full of trucks.  The line of traffic was surprisingly long considering the hour of the night.