Summary of the Remaining Time in Batam

Once I left immediately after church with Henok and Kamty for Jogjakarta (Yogyakarta), the time has gone quickly, and this is the first opportunity I have had for a posting on the blog.  I’ll upload some photos to the Gallery, but those are only if you are interested in scrolling through them for a more complete visual image of what I have been doing and seeing.

Wednesday, March 2, was spent attending a meeting with the Principal and other key administrators for the four Anglican schools that are now in Batam.  Until recently, there were only two, but supervision of two Christian schools that were previously in the Assemblies of God Church was transferred to the Anglican Church of Indonesia.  Henok is the main supervisor for all four schools.  We met in the main office of one of the new schools.  The purpose of the meeting was to discuss getting the required text books for all the students.  Mrs. Serene Kong, head of St. Andrew’s School, was there to provide her insight. 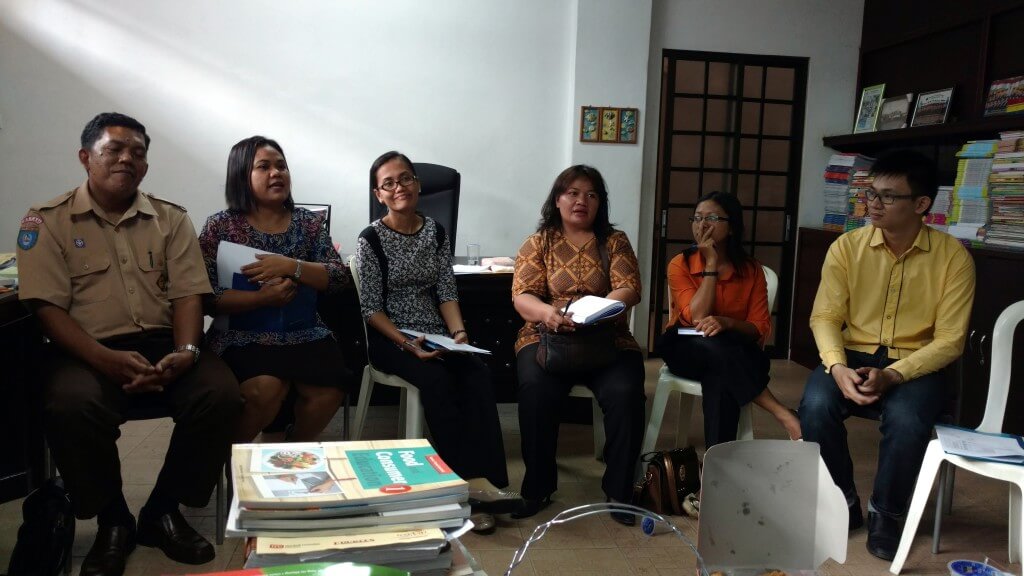 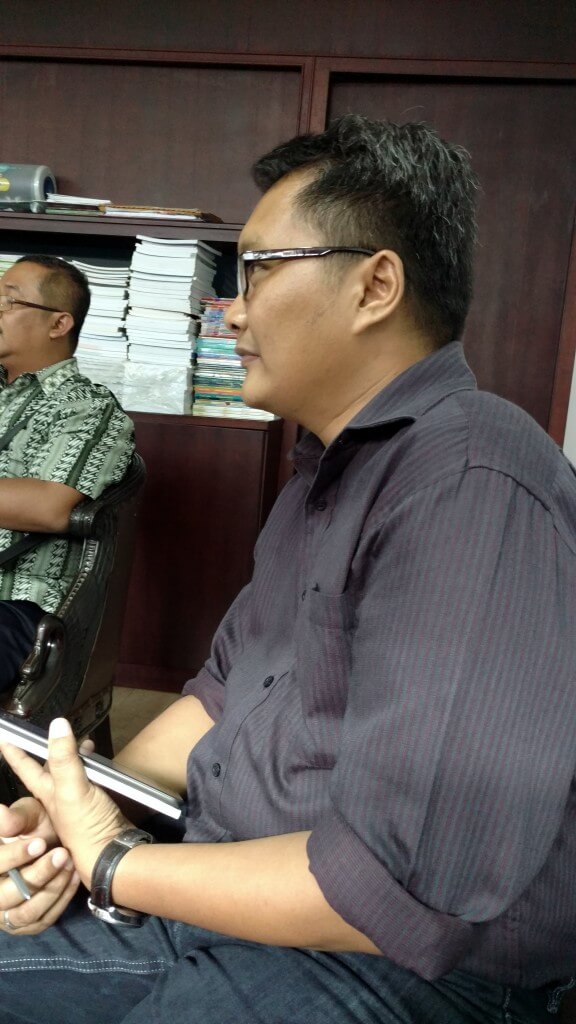 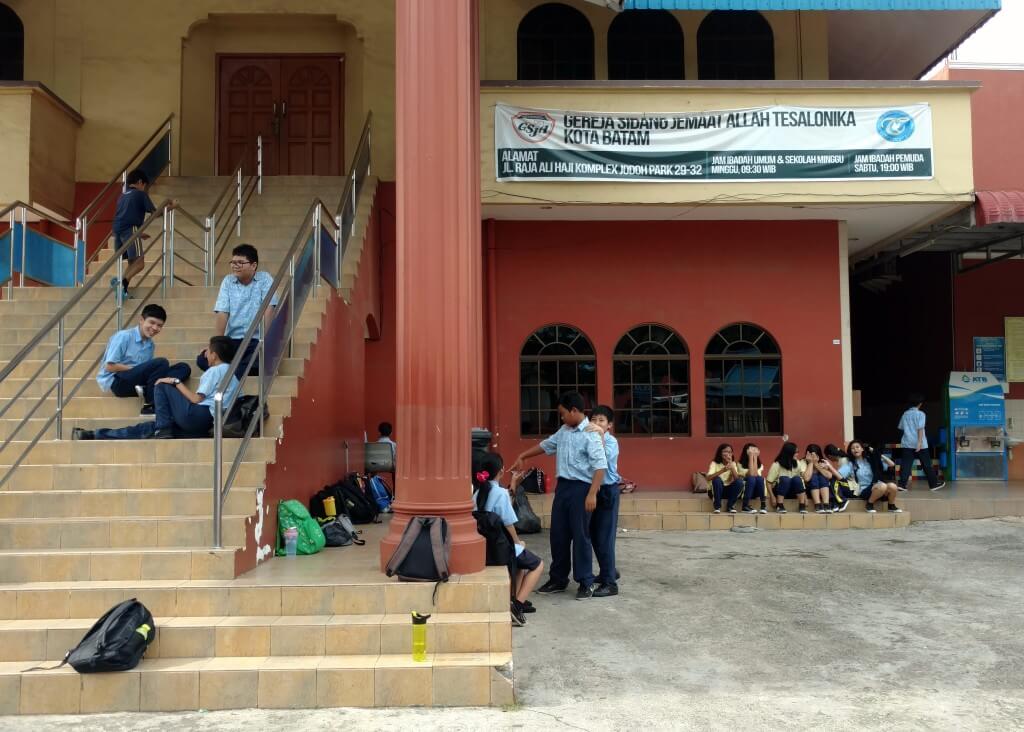 All the schools are Christian-based, but they are open to receiving Muslim children.  Sometimes the Muslim parents want their children to be taught the Koran and other aspects of Islam, but the overall feeling is that since they are intentionally Christian schools, they should remain that way and not be mixed.

The Rev. Timothy Chong, Dean of Indonesia, took the Fastboat over from Singapore in the morning to meet with Henok and me.  We sat in the hotel dining room for a couple of hours reviewing all that is going on in the Deanery.  Tim had officially started his sabbatical, but here he was working.  It was good to see him, and we then made a return trip (for me) to the new campus of St. Andrew’s School so that he could see the progress of the construction.

Some thoughts on the schools

What has impressed me with these visits is the depth and commitment of the missionaries from Singapore–and the Indonesians, too, of course–who make significant personal sacrifices to minister in areas that are extremely challenging.  There has been no real hostility towards the work, which has certainly been helpful. Years ago–during our second year of missionary work in Honduras–I read Donald McGavran’s book, Understanding Church Growth.  It is a classic that has been around for over 45 years.  McGavran criticizes the use of schools in Methodist work in West Africa as a means to try and attract members to the church showing that it was not effective.  This was hard for me to take at the time since both Gail and I were teaching at an Episcopal School that was hoping for increased church attendance from the families that sent their children to the school.  And actually, since the focus was on building up members and promoting the Episcopal Church  and not the Christian Gospel, the strategy was a failure.  This, I believe, would be true for any denomination.  In that regard, McGavran is right.  However, what I observed in Batam was that the schools were and are an effective way of reaching into the community.  They give an opportunity for the church leaders/teachers to get to know the children and parents personally.  Bible is taught in the classes–even to Muslim children–who are attending because their parents know that they are good schools and their children will benefit from it.

I also have seen many cases in East Africa where Muslims have become Christian because of the work and ministry of Anglican schools there.  This seems to be something that is working.

Henok left the two Singaporean visitors in Serene Kong’s hands–these are the two who shared the duck dinner the night before who had come to Batam to learn about the schools so that they would be better informed about starting a similar school in Nepal–and we took another boat trip to Bintan, one of the Riau Islands east of  Batam.  We went to Tanjungpinan to visit Revival Anglican Church. 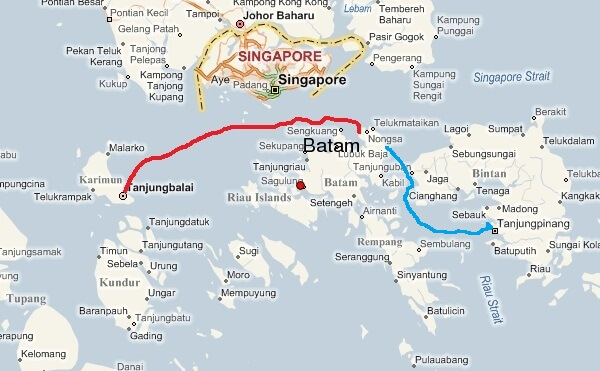 There are some photos of the trip that I have posted in the Gallery under the “Media”  section of the Stanway web page.  Once again, you don’t have to look at all of them, but they do give you a visual image of the day.

We were met at Tanjungpinang by Henry Gui, who is the lay pastor of Revival Anglican Church there.  He and his wife are from Singapore, and of they travel to the island just about every weekend from Singapore.The majority of the members of the church are of Chinese descent.  I asked when they arrived.  Some families had been there for over a hundred years.  Others were more recent.  With the various political changes that China has gone through in the last 100+ years, a number of Chinese have emigrated to other locations.  The church also has an active preschool.  One of the teachers there, Welly Tunliu, was very helpful last June when we worked with the children in Batam. 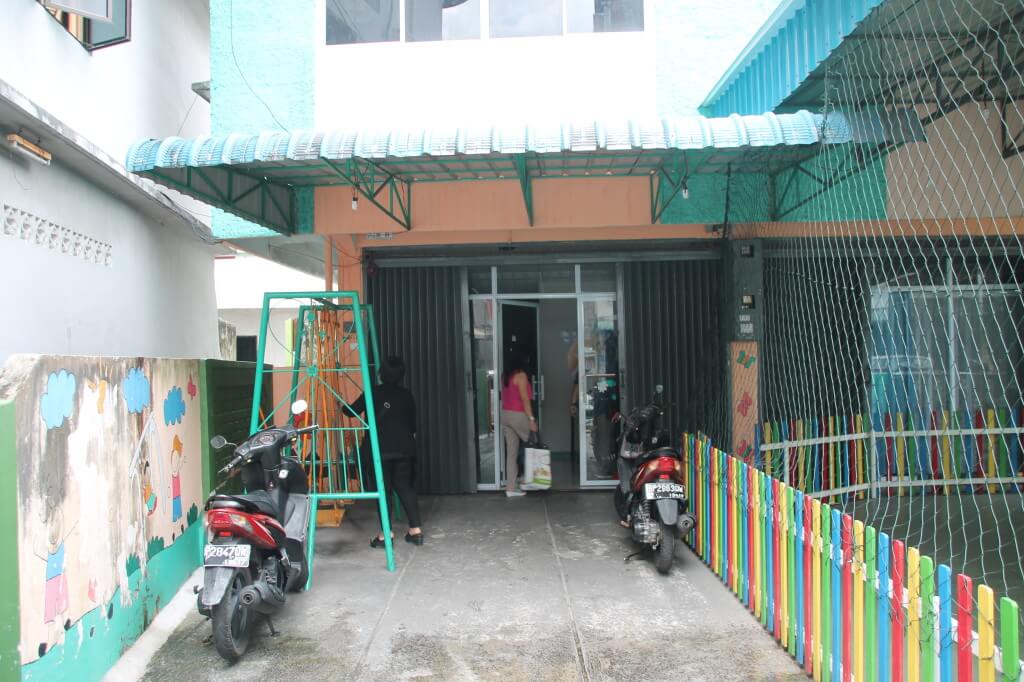 The entrance to Revival Anglican Church and School 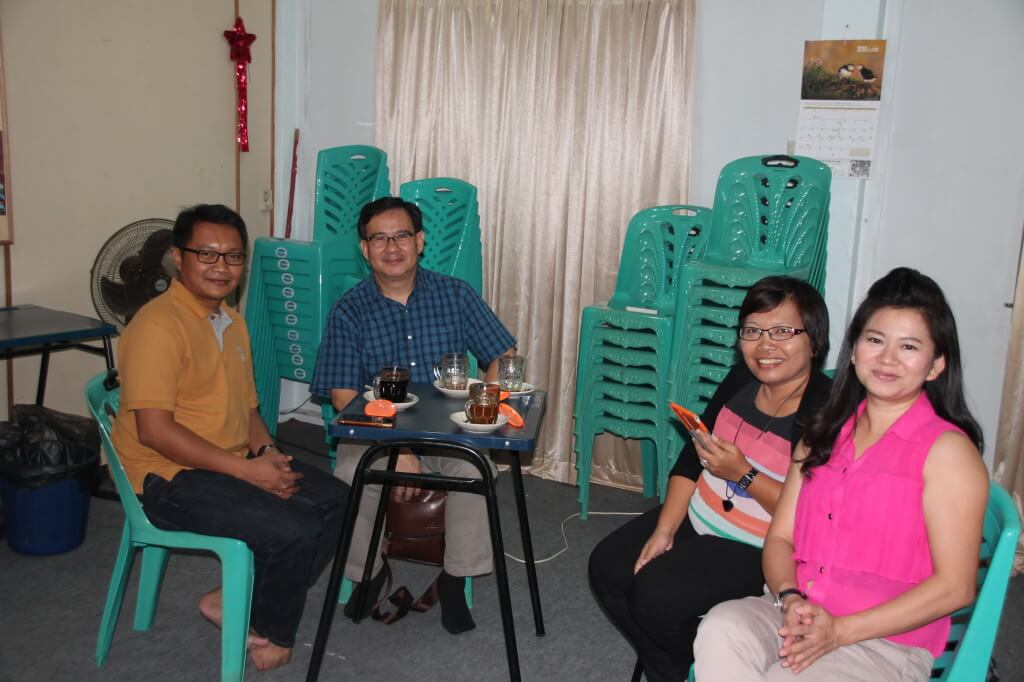 Henok and Kamty along with Henry Gui and his wife

After we visited the church and school, we drove across the island to the eastern side to meet with a man and his family who are going to be baptized in April.  They have left their Chinese traditional religion behind and become Christian.  The man owns a restaurant right on the beach, and we stopped there to greet him and to meet his family. 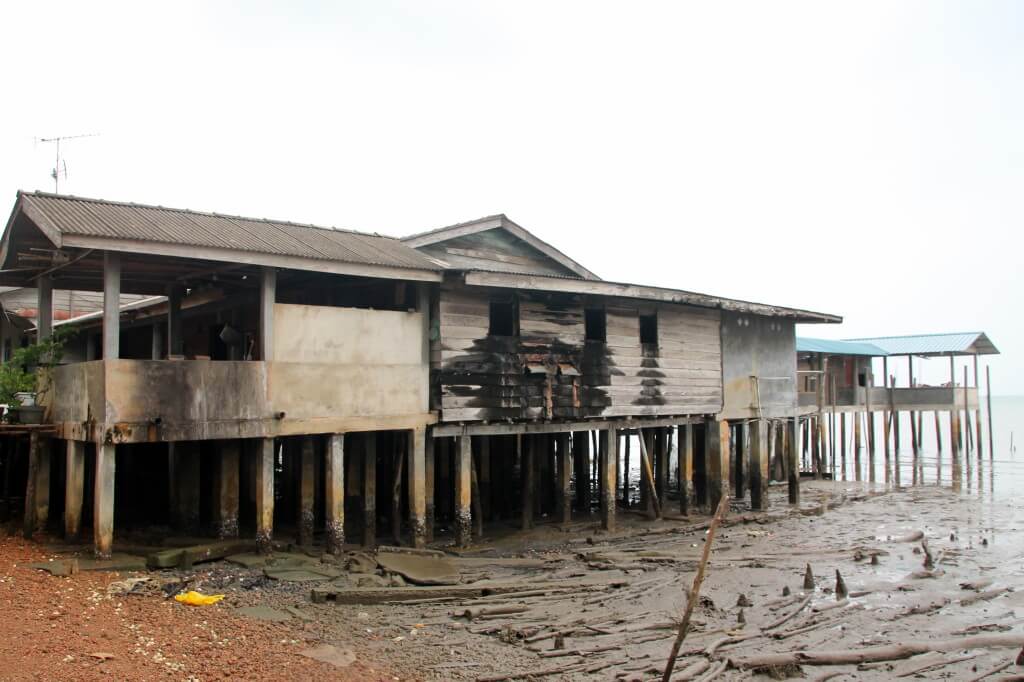 The restaurant at low tide

Here is the owner talking to Henry: 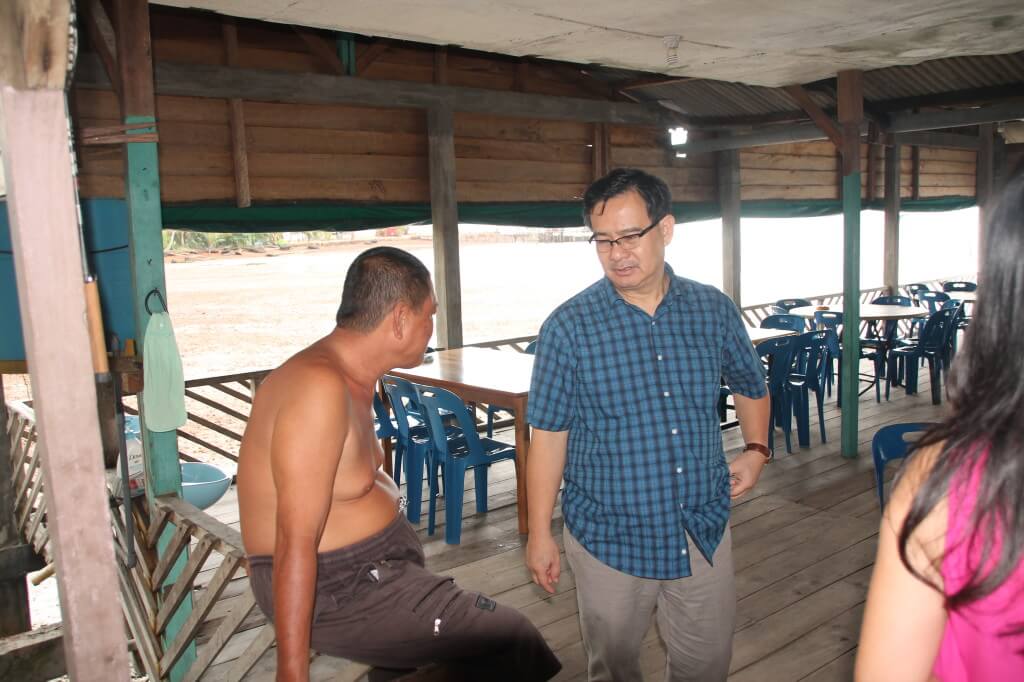 A chicken in the final stages of plucking: 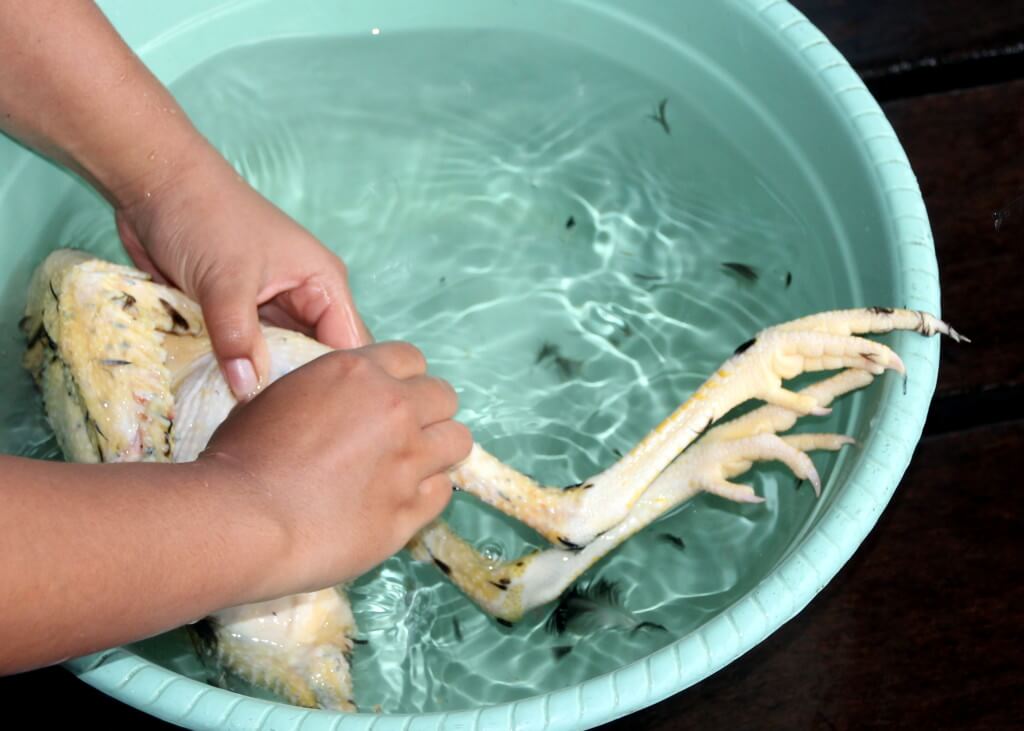 Saturday was a day free of visiting ministry projects.  Henok needed the time to get ready for the Sunday service, and I needed time to prepare for the evening service at the Anglican Church of the True Light and then for Sunday morning at St. Matthew’s and the Church of the Good Shepherd.

The service at the Church of the True Light was a youth service that combined the young people from all three Anglican churches on the island.  Henok suggested that I give the PowerPoint presentation on the Anglican Communion worldwide, which I had given in Bandung and Jakarta. It was good for them to see that even if the Anglican Church of Indonesia is small–but growing–that they were part of a much larger Anglican Church where in most places it also started out small but has since grown.  The presentation was meant to be an encouragement for them.

Here is worship at the church that evening: 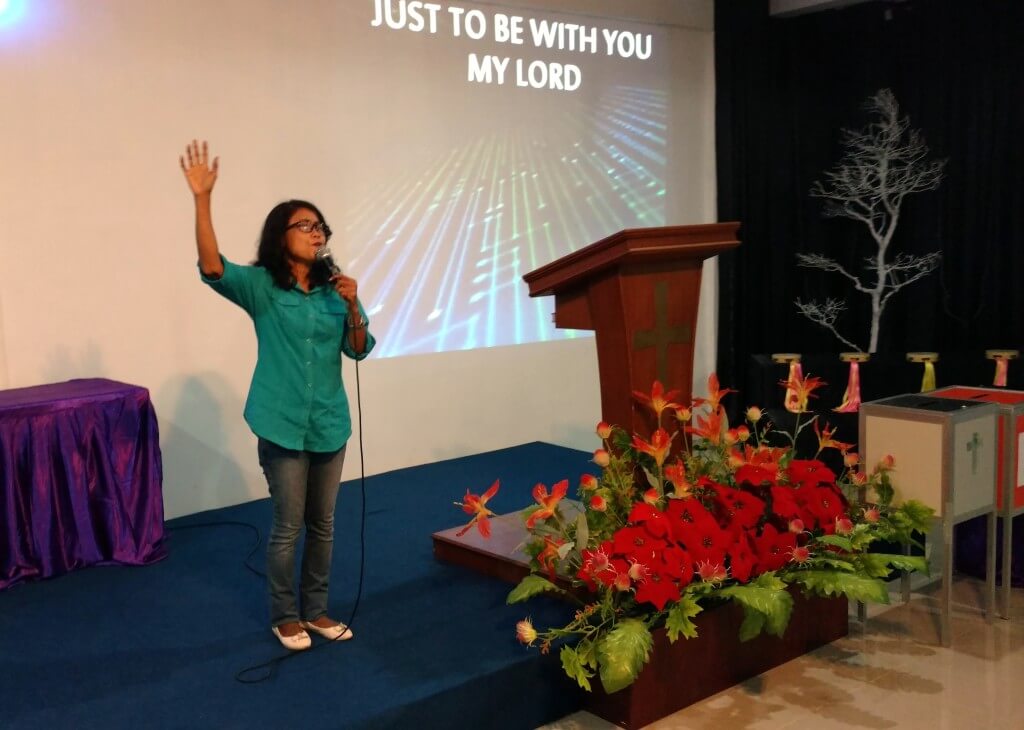 Church of the True Light has a ministry to sailors in merchant shipping–not only in Batam, but in Singapore as well.  This has proven to be particularly effective–especially to the wives and children who are frequently left behind by their husbands for long periods of time.  During my first visit to Batam in 2014, Chris Wendel, a student, and I offered an evening class on Christian parenting and family that was well received and important for the those families to hear. 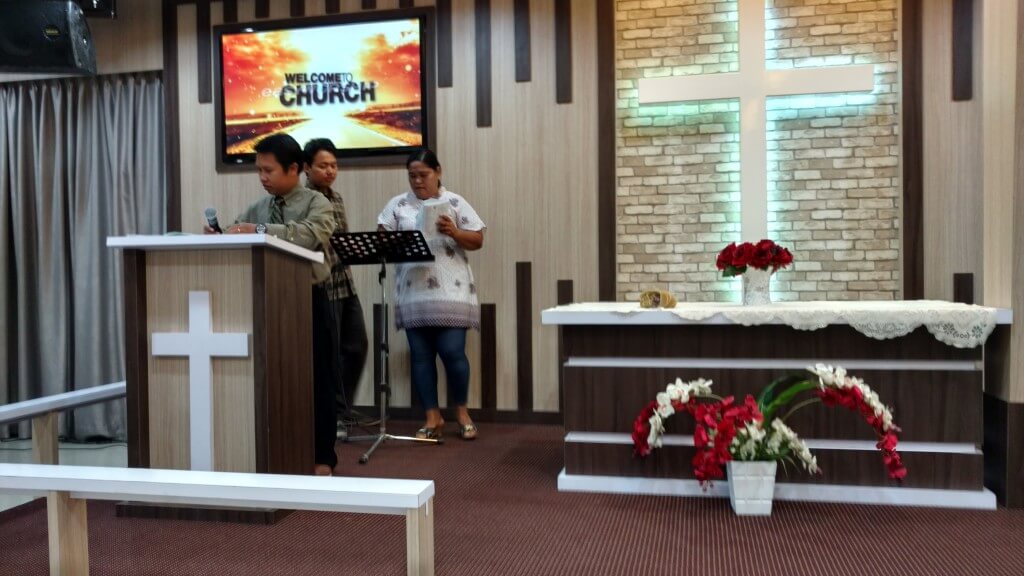 Here are some of the children receiving prayer prior to their going to Sunday School: 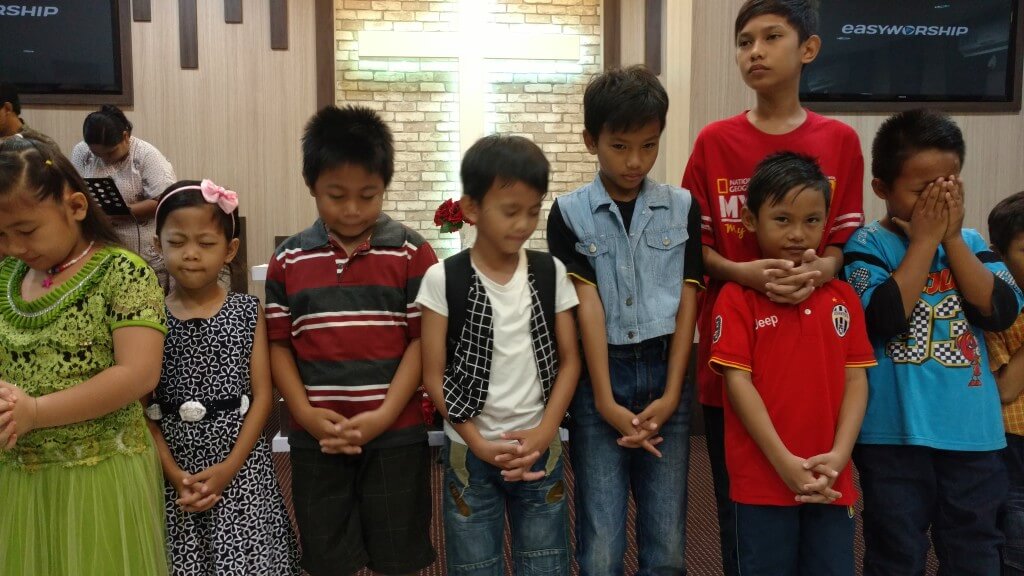 Henok leading the beginning of the service at Good Shepherd.  He always does a wonderful job interpreting for me.  I celebrated Holy Communion (again) in Bahasa Indonesian: 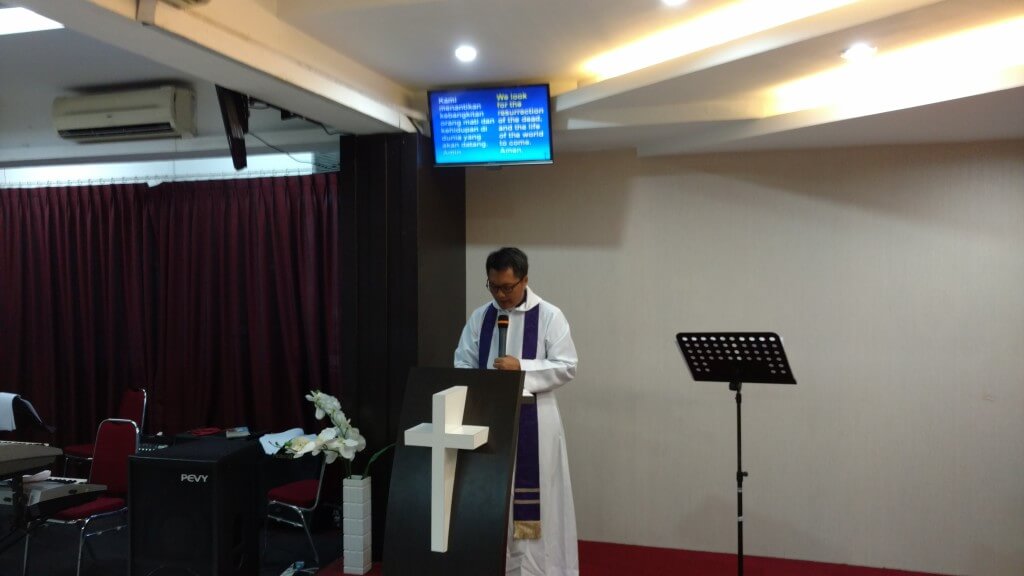 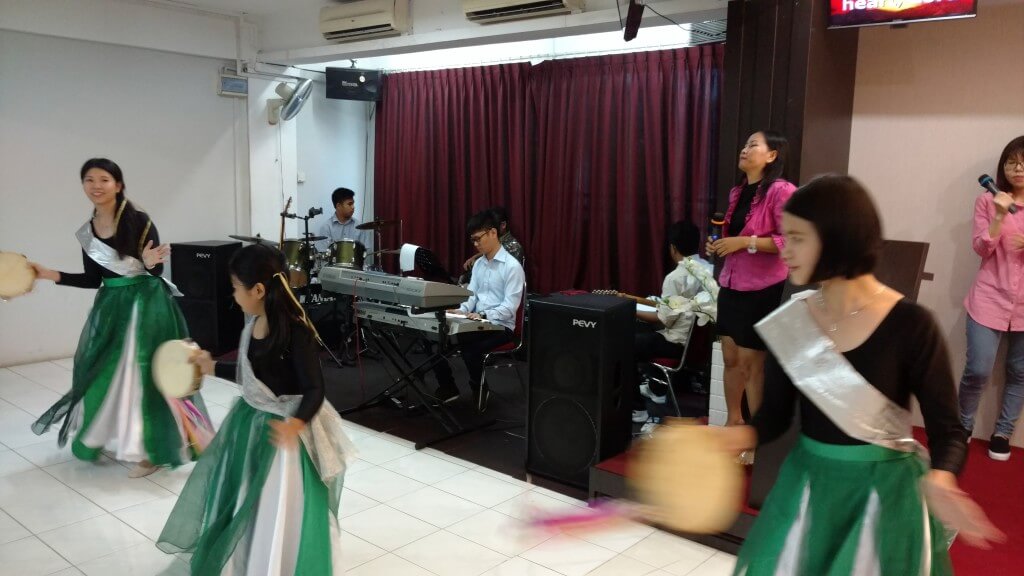 Once the service was over and we had lunch at the church (a spicy chicken stew on rice that was made from the heads, neck, and feet), Kamty, Henok, and I set off for the airport and our trip to Jogjakarta and Surabaya.