Ferry Trip to the island of Tanjung Balai Karimun

On Tuesday, Henok wanted to take me to Tanjung Balai Karimun, an island that is (best guesstimate) about 30 miles east of Batam.  The boat we took there was fast and sleek with interior seating that was air conditioned and top deck seating under a canvas roof that was in the open air–and provided a great view.   Our route took us by the Straits of Malacca, which historically was one of the most heavily contested trade routes in the world.  It was also the site of the last surface naval battle of World War II when British ships sank a Japanese cruiser.  It took just about 90 minutes to arrive at our destination. 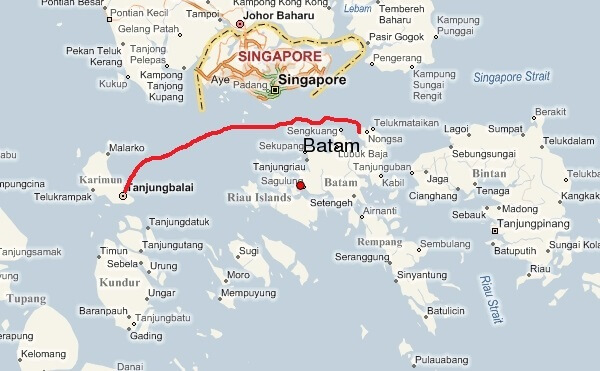 Map of route to Karimun

I spent a lot of time at the top of a short flight of stairs that accessed the back deck (would have been the poop deck on an old sailing ship) that gave me an unencumbered 360 degree view, overlooking the roof of the top deck.  Just my head and chest were exposed, so it was actually a secure place to be at the few times the water got a little rough.  I’m sorry I didn’t take a photo of what I am trying to describe–just know, I guess, that it was very satisfactory.  What did strike me was the complete absence of any sea birds.  I talked about this with Henok later, and he suggested that they were probably eaten by the Indonesians. On a second trip (to be described later) to another island, I did see six birds that had the shape and look of gannets–and were probably the Australasian variety.

I have posted photos on the Gallery section of the Media page.     Most of them are self-explanatory, but the purpose of the trip was to see the Anglican work that is taking place on the island of Karimun.  For the past five years, a lay pastor from Singapore, Karen Choo, has been heading up a Chinese congregation of about 80 that meets on the ground floor of a store-front church.  There is a second, youth congregation that worships in Bahasa Indonesian. 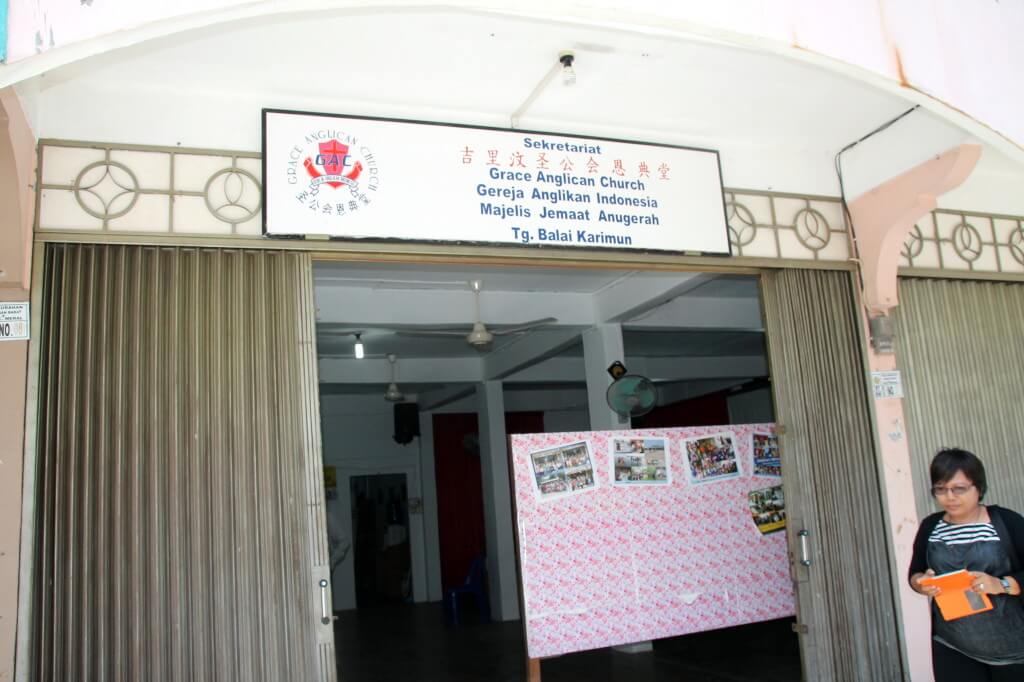 Karimun has a large Chinese population, and worship is in Hokkien.  I believe Zhuzhou is also spoken, but I didn’t quite catch the name of the other dialect.  Most of the Chinese still practice their traditional religion, which is a form of Taoism/Confucianism, but the church is growing. In addition to Karen Choo, the Chairman of the church’s council was there.  He had had leprosy in the past, but survived with some physical limitations.  He did not speak English, but was very welcoming and hospitable. 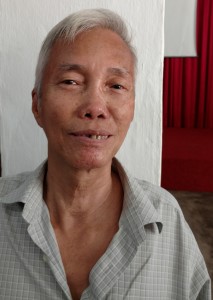 Even though the church congregation is small, Karen thought it was important to take the youth on a mission trip to a small island community called Rang Sang.  They traveled in the cramped, hot, and stuffy cabin of a small wooden boat and had to wade to shore since it was low tide.  The kids had a great experience, and I was impressed by the example that they were setting.  Here is a photo of a collage that Karen put together: 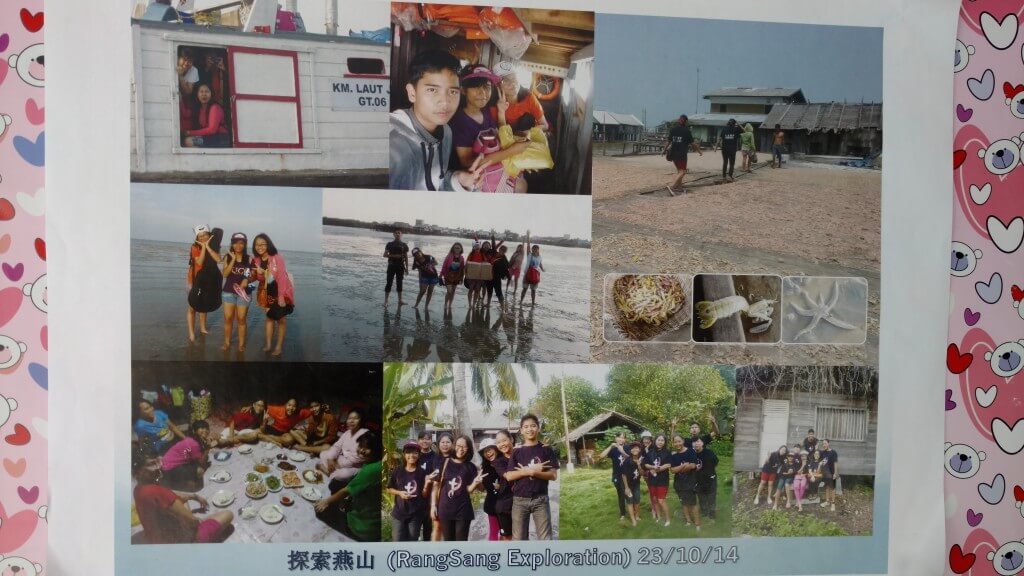 On the right side of the photo, you’ll see some marine life–including an unusual, lobster-like crustacean.  It is supposed to be delicious.

After having lunch at a very authentic Chinese restaurant and visiting the church, we drove out to a location which will be the future home of Grace Anglican Church.  It is a narrow, but good-sized piece of property that is in an excellent location.  There is a little more freedom in these islands to build Christian churches because of the demographics.  While there is a Muslim population, other religions are also present.  In order to build a church, 90% of the people in the community have to give permission.  I have heard that the president, Joko Widodo, would like to see that law changed.

We then went to a pier that Karen frequents to buy prawns before heading back to the harbor and the return trip to Batam. A lot of the surface area of the pier was covered with drying salt fish, and since Karen knows the fisherman, a few photos had to be taken.  Kamty published sonme of them on Facebook.  On the return trip, we passed through a brief, tropical squall that drenched the boat and kept me inside until after it stopped.   For me, it was a fascinating foray into a culture that was so much more Chinese than Indonesian.